Y&R Spoilers: Victoria Is Furious…But Not At Ashland 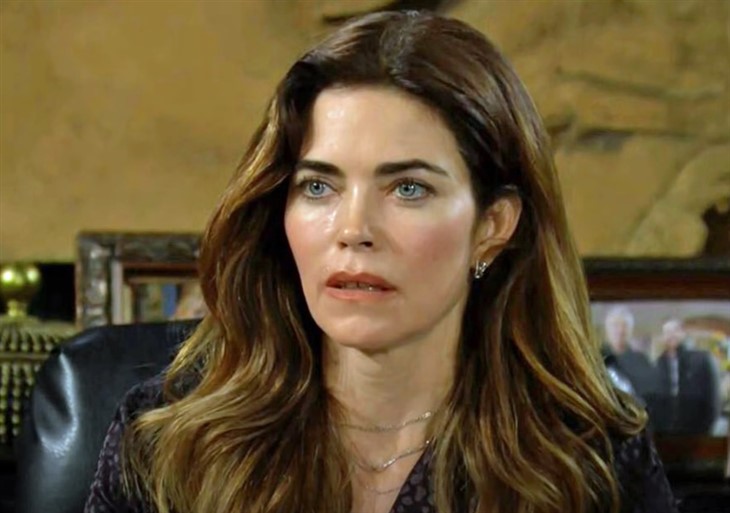 The Young and the Restless (Y&R) spoilers for Thursday, September 30, 2021, reveal Victoria Newman nearly losing her mind right in the middle of Crimson Lights.

Victoria (Amelia Heinle) could already see that Ashland Locke (Richard Burgi) was hiding something and thought it was about his health. So, she dragged him to her office so her portrait could watch them argue. When Nick (Johsua Morrow) texted Ashland that they needed to meet, he insisted Victoria come with them and on Thursday she learns more about Ashland than she ever thought she’d know.

For one, she learns that his name is really Bobby DeFranco, someone who allegedly died in a car accident decades ago. For some reason, Victoria chooses to not care about this little tidbit and rather than going ballistic on her fiancé for all of his many secrets, she goes off on her brother. Poor Nick Newman just thought he was doing the right thing, but Victoria apparently doesn’t see it that way. She sees Nick’s digging as a betrayal of her trust.

Meanwhile, Ashland gets yet another alarming text and needs to take off. Will this strike Victoria as strange at all? Probably not.

Mariah Copeland (Camryn Grimes) has certainly not been herself ever since she was held hostage for weeks and gave birth to a baby that wasn’t really her own under less-than-ideal circumstances. But now she wants a baby of her own and thinks Tessa (Cait Fairbanks) should carry this child so they can make this happen quickly and not have to wait until Mariah can healthily get pregnant again. Tessa doesn’t want this at all and told Sharon (Sharon Case) just that. And now it’s time for Sharon to discuss this with her daughter.

What kind of advice will Sharon give as she tries to delicately broach the subject with Mariah? She is already depressed and distressed enough and the thought of having a baby she can keep is the only thing keeping her going. Will Sharon be able to save her daughter’s sanity? Stay tuned to The Young and the Restless weekdays to find out.