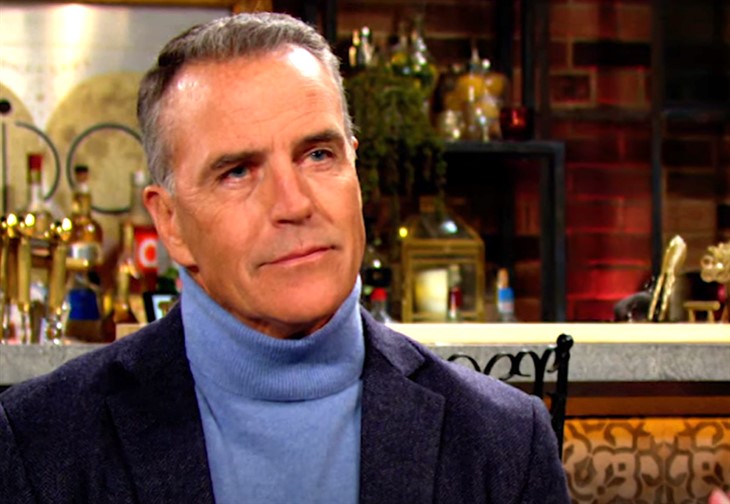 Viewers of The Young and The Restless will recall that Victoria had ordered Nick not to snoop or investigate Ashland’s past. However, like the protective brother that he is, sometimes even overprotective, he didn’t listen. Nick has been determined to protect his sister, especially considering the past relationships she has been involved in.

Longtime viewers of The Young and The Restless will remember that Victoria has not always been the best picker of romantic partners – with one of her exes, JT Hellstrom (Thad Luckinbill) even having been violently abusive! Compared to him, Billy Abbott (Jason Thompson) may have been a step up, but still never Nick’s idea of a perfect husband for his sister! Nick certainly doesn’t want to break her heart with anything he might find out about Locke’s past, but he would never be able to forgive himself if she were to be hurt by something that could have been prevented by his search, either!

Viewers of The Young and The Restless will see that Nick will receive some rather disturbing search results – but before telling Victoria, he calls Locke for a one to one meeting. Nick knows that he needs to confront Locke – but also hear his side of the story. Viewers of The Young and The Restless knows that Nick wants to be fair and not just tell his sister what he found without giving Locke a chance to explain.

The disturbing intel does give Nick a lot more doubts about his potential future brother-in-law, but Nick does know that his sister truly cares about the man, so he proceeds with a lot of caution. However, he shows up at the meeting, which Nick set up at Crimson Lights, with Victoria! Nick wants to talk to him alone but he refuses – he tells him that anything he has to say can be said in front of her! Nick is not a happy camper with that answer!

Viewers of The Young and The Restless know that someone has been blackmailing Locke regarding his hidden past. Just exactly where Jesse Gaines (Jamison Jones) fits into this hidden past has not yet been totally revealed to viewers of The Young and The Restless, but it has something to do with Locke’s true identity. Victoria will not be happy to learn of Nick’s deep dive after she told him not to, and Ashland will protect his interests while Victoria will even feel betrayed by her brother.

What Nick finds out will involve Ashland’s true identity – as Bobby DeFranco, a man presumed killed in an automobile accident forty years ago! Locke is visibly shaken as Victoria asks how he is connected to DeFranco. Ashland confesses that he is Bobby DeFranco, and is shocked that Nick was able to dig this up! The questions yet to be answered are why Ashland apparently faked his death and assumed a new identity – but hasn’t Victor Newman (Eric Braeden) faked his own death a time or two? A lot of little girls want to marry a man like their father when they grow up, and Locke and Victor may have more in common than anyone knows!

GH Spoilers: Valentin Makes A Move On Anna, How Will She React?