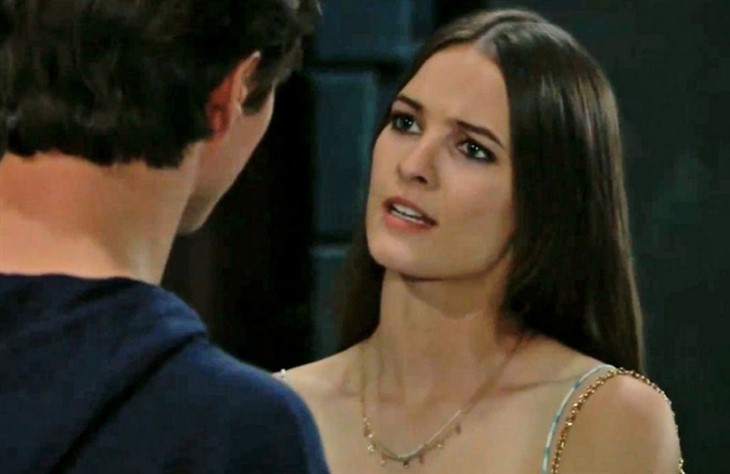 General Hospital spoilers indicate that Spencer Cassadine (Nicholas Chaves) and Esme Prince (Avery Kristen Pohl) are about to be exposed as Ava Jerome’s (Maura West) stalkers. Esme seems to have bewitched the young prince but Josslyn Jax (Eden McCoy) will hold fast like a dog with a bone and not let her get away. Spencer will attempt to protect his girlfriend but his efforts will be in vain as Joslyn is determined to make Esme pay

Trina Robinson (Sydney MaKayla) enlisted the help of Cameron Weber (Will Lipton) and Joss to set her plan in motion to expose Esme and Spencer as the ones who broke up Nava. Spoilers tease that on Friday, the truth will begin to unfold at Wyndemere. Spencer will admit his wrongdoing but attempt to keep his girlfriend out of it.

General Hospital Spoilers – The Burning Vehicle Will Be Crucial

Spencer cannot have been in two places at once and he was at Wyndemere when Ava’s car was set on fire. Hospital security should confirm that Esme was on the premises at the time of the arson. It was believed that she might have been a new nurse at GH but since then she has only been hanging onto “Spence” and harassing everyone else.

The evidence will speak for itself and Ms. Prince will have to pay for her crimes. In spite of every effort of Spencer to protect her, Esme will be exposed and hopefully prosecuted. Once he has come out from under her spell, and repented for his actions perhaps Spencer may see the light. There might even be a chance, at some later date, for a romance with Trina and Nikolas and his son could even reconcile but not anytime soon.

Days Of Our Lives Spoilers: Why Is Abe Rushing Into Marriage? Head Writer Ron Carlivati Explains