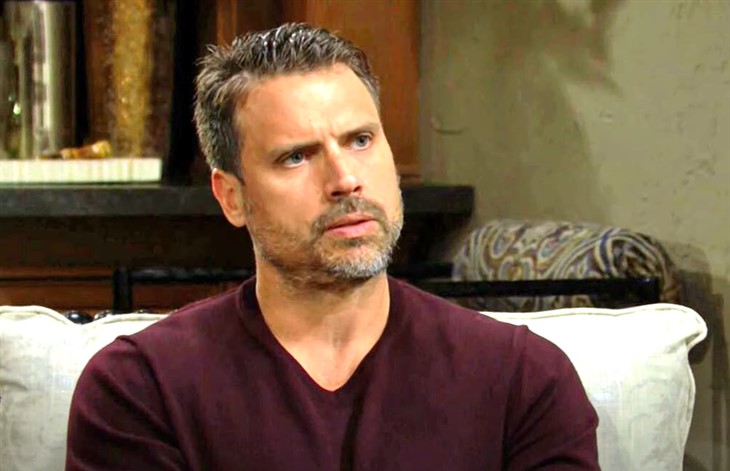 The Young and The Restless (Y&R) spoilers and updates reveal Nick Newman (Joshua Morrow) downplays concern about Ashland Locke when around his brother-in-law but has asked for Rey’s help in his own investigation in uncovering the truth. While Nick is grasping at straws, Billy is on the path to obtaining facts about what the Lockeness monster has been hiding.

The Young And The Restless Spoilers – The Newmans Blackball Billy

Billy Abbott (Jason Thompson) knows he and Nick Newman (Joshua Morrow) are both concerned about Victoria Newman (Amelia Heinle). Victor Newman, however, (Eric Braeden has told his son not to encourage Billy Boy’s interference in a family matter. On Tuesday, Nick downplayed everything when Billy expressed concern and later came up with a strategy of his own.

After putting Billy off Nick met with Rey Rosales (Jordi Vilasuso) and said he was considering an investigation into Ashland Lockes (Richard Burgi) early life. Rey said that if Ashland’s name change is not in public records, he probably circumvented the system and bent the rules to obtain a new social security number and birth certificate.

While Nick was talking to Rey, Ashland had a conversation with Jesse Gaines (Jamison Jones) inside of Society. Gaine wants $3 million for his silence about Locke’s past and Ashland agrees. While the two men were engaged Billy was watching through a window. He will decide that Gaines has the answers he needs.

Y&R Spoilers – Nick Newman Might Have To Eat Crow

Spoilers don’t reveal which man will expose Ashland, and perhaps both of them may play a role in the truth being revealed. If Billy uncovers from Gaines, what Locke has been hiding, then Victor and Nick will realize he was right all along even if they don’t acknowledge it. The father and son must accept that Billy Boy saved the day even though Victoria will be devastated by it all.