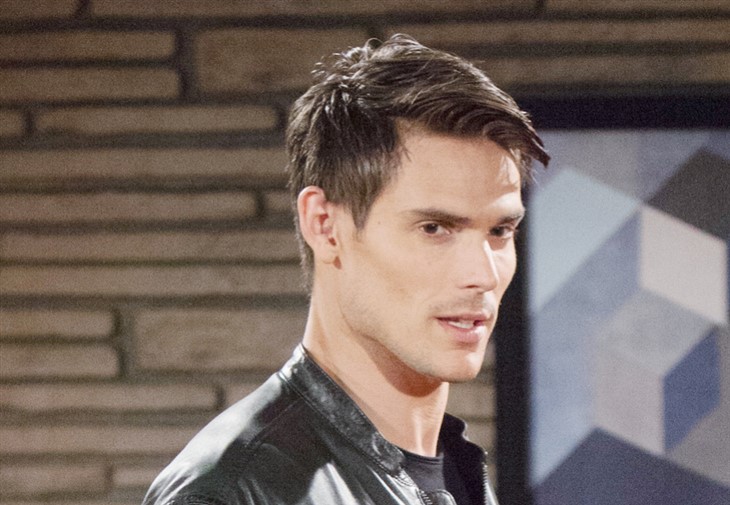 The Young and the Restless spoilers document that Adam Newman (Mark Grossman) was open to Chloe Mitchell’s (Elizabeth Hendrickson) idea. She wanted to bring Sally Spectra (Courtney Hope) aboard at Newman Media.

Chloe knew Sally’s reputation, meaning her fashion success instead of her personal exploits in Los Angeles, California, or in Genoa City, Wisconsin. The nascent fashion platform would definitely be supercharged by the infusion of Sally’s talent and expertise.

However, Chloe didn’t anticipate Sally and Adam bonding. And so the danger of Hope’s character being influenced by Grossman’s alter ego is now alive in Chloe’s mind.

The Young And The Restless Spoilers – Hoping For An Ally

Ally could be used as a noun, in this case meaning that Chloe was hoping Sally would be that at Newman Media. But Ally could also become the fused nickname that could eventually be applied to Adam and Sally, when taking the first capital letter of Adam’s name and using the last three lowercase letters in Sally.

Chelsea Lawson’s (Melissa Claire Egan) presence in Minnesota will last for awhile. As the audience knows, Egan is on maternity leave. Seeming advanced scenes were recorded, which allows video chats to keep the Chelsea character in the mix.

Sally was set on GC becoming her new launching pad. She took the plumb opportunity Lauren Fenmore (Tracey Bregman) offered and parlayed that into being the lead at Jabot Collective (JCV). Of course, duplicity was involved in her rapid advancement, as Phyllis Summers (Michelle Stafford) proved.

Hope’s character was fired by Lauren just prior to when Chloe spotted Sally at Crimson Lights. Sally had no job and also lost the man she professed her love for, Jack Abbott (Peter Bergman). Jally isn’t likely to comeback anytime soon, if ever.

So, new career and personal goals are in order. A snap of the writing staff’s fingers and Sally has a promising professional and possible personal reboot.

Adam loves Sharon Rosales (Sharon Case), but recently sent her a message that he’s backing off. That normally wouldn’t mean much, but his introduction to Sally might imply that it does.

Chelsea is Connor Newman’s (Judah Mackey) mother and someone that Adam cares about. She will return to GC, possibly sometime in the fall. But in the meantime Adam has no romantic aims, which his father, Victor Newman (Eric Braeden), thinks is wise.

Y&R’s fans know that pairing Adam and Sally would make daytime sense. They share similar penchants for living life on their own terms. But Adam has reformed. So, the audience will see if that outlook changes and if it does whether Sally’s influence is a leading reason.