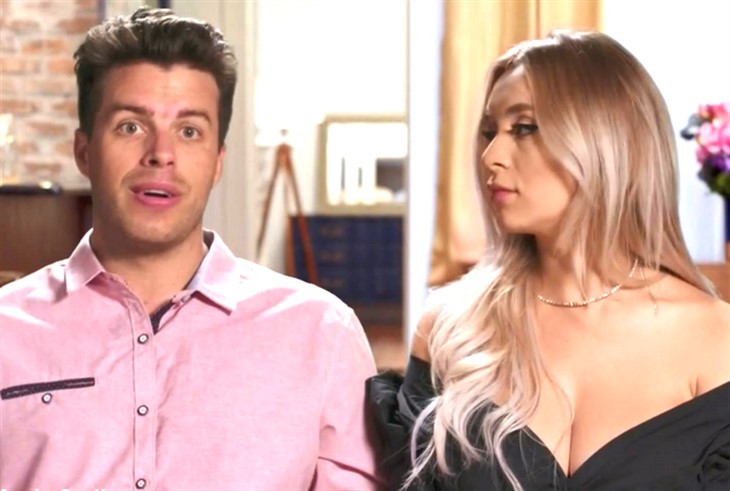 90 Day Fiancé stars Jovi Dufren and Yara Zaya often get hammered with criticism by fans over their parenting. Despite this, it is mostly clear that they are good parents. However, a recent Instagram post seemed to reveal Jovi and Yara, driving along with Mylah between them in the front of the car. Fans were quick to attack the couple.

The recent episode of 90 Day Fiancé: Happily Ever After? revealed Jovi taking Yara to a strip club. While there, she certainly wasn’t happy when he blew a kiss to a topless stripper and asked her to put money in the woman’s panties. This caused Yara to slap Jovi and leave the club and is now, reportedly, thinking of leaving America and returning home to Ukraine. She wants to bring up Mylah in a lovely and peaceful environment and doesn’t feel the US with Jovi is a safe place to be.

However, in real-time, they are still together and living in New Orleans. Recently, they made what was supposed to be a funny clip, showing Jovi, Yara and Mylah grooving to the music in their car. However, fans were quick to criticize the couple for being irresponsible parents. It has been made clear in the past that Jovi and Yara are actually good parents, but this post made it look like the total opposite. Readers can watch the video here:

Yara and Jovi were doing the famous “Please Don’t Go” Challenge by sharing the adorable video. The first clip shows the couple seated in the front seat of the car, with Mylah between them, with all three grooving to the music. The video then cuts to another clip, showing them all wearing headscarves and sunglasses and Jovi, particularly, looks truly hilarious.

Yara captioned the video, “Baby please don’t gooo” and while it seemed adorable, fans were truly concerned. They were worried about Mylah’s safety in the moving vehicle. Fans rightfully believe that the baby should be safely strapped in her cat seat. 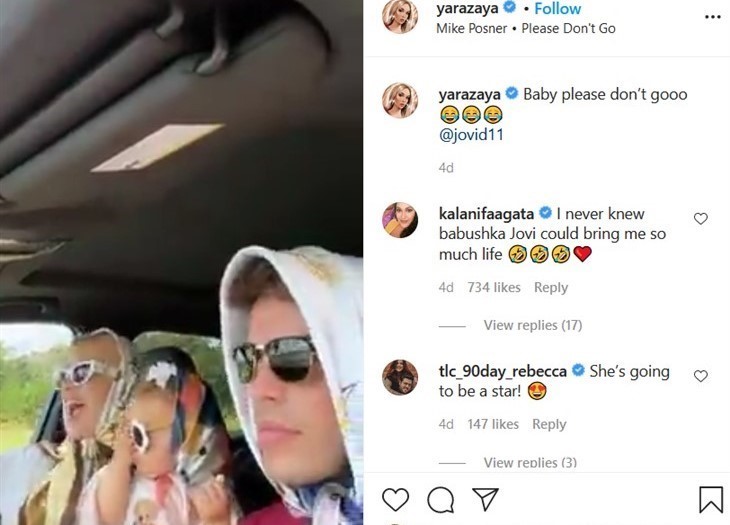 One wrote, “Very cute ! But are you really driving with the baby not being buckled?” Another commented, “This is really cute but you are going to catch hell for her not being in a car seat.” Yet another fan commented, “Why is your baby in the front seat and not in a car seat?! That gives me anxiety.”

However, in the latest comment, Yara made it clear that the video was staged. She wrote a comment, “Yall, we are faking, we don’t drive in real street of course.”

While they set up the shot for fun on Instagram, Yara and Jovi should understand how concerned this makes their fans. Rather show the good parenting side that we know and love!