Days Of Our Lives Spoilers: Philip Goes Over The Edge – Susan Feels The Evil 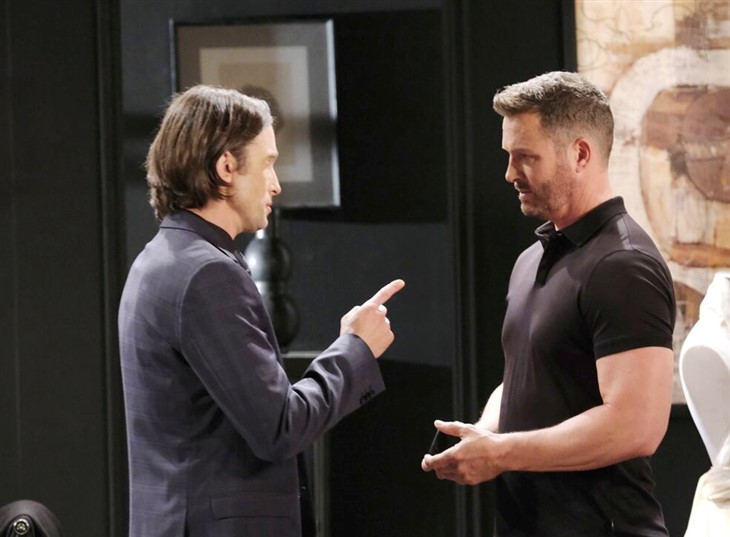 Days of Our Lives (DOOL) spoilers for Thursday, November 11, 2021, reveal Philip Kiriakis once again getting the wrong idea — and once again overreacting, but does he take things too far this time?

Days of Our Lives Spoilers – Susan Banks Feels The Evil

Philip (Jay Kenneth Johnson) has both an anger problem and a control problem. He needs to be in control of everything and everyone and when he’s not, things get ugly. Poor Chloe Lane (Nadia Bjorlin) has no idea that Philip just heard Brady Black (Eric Martsolf) and her talking about the possibility of them ever sleeping together, but of course, he thinks they did actually sleep together.

Little does Philip know they were just talking about Brady’s (Eric Martsolf) vivid dreams and what Nicole Walker (Arianne Zucker) and Rafe Hernandez (Galen Gering) just did on the conference room table. Chloe is about to be in for a rude awakening when Philip shows his temper in all its glory. Philip may be wrong about what happened, but Chloe may finally see Philip for who he is. This could be the last straw and just the thing that drives her onto Brady’s arms.

DOOL Spoilers – Ava Vitali Needs Out Of Her Mess

It looks like Ava Vitali (Tamara Braun) has completely gone insane again when she tells Melinda Trask all about how her undead son, Charlie Dale (Mike Manning), killed Carmine in the middle of Rafe’s kitchen. Rafe isn’t really buying this story and neither does the district attorney. What is she going to do now?

Ava is ready to strike a deal with Melinda, but things don’t go as smoothly as she wants. After all, Melinda still has questions about what Carmine was doing there in the first place. She also has more questions for Jake DiMera (Brandon Barash).

When Xander Kiriakis (Paul Telfer) falls for a woman, he falls hard and will make all sorts of grand gestures. He did this with Sarah Horton (Linsey Godfrey) and now he’s up to the same thing for Gwen Rizczech (Emily O’Brien). He gave a million dollars away just to keep her secret from Jack Deveraux (Matthew Ashford) — and he did it for nothing. When Gwen finds out he gave up all that cash, she has to inform him that Jack knows everything anyway. Uh-oh… Stay tuned to Days of Our Lives weekdays to see how these stories play out.