The Young And The Restless Spoilers: Imani Stirs Up Drama For Nate And Elena 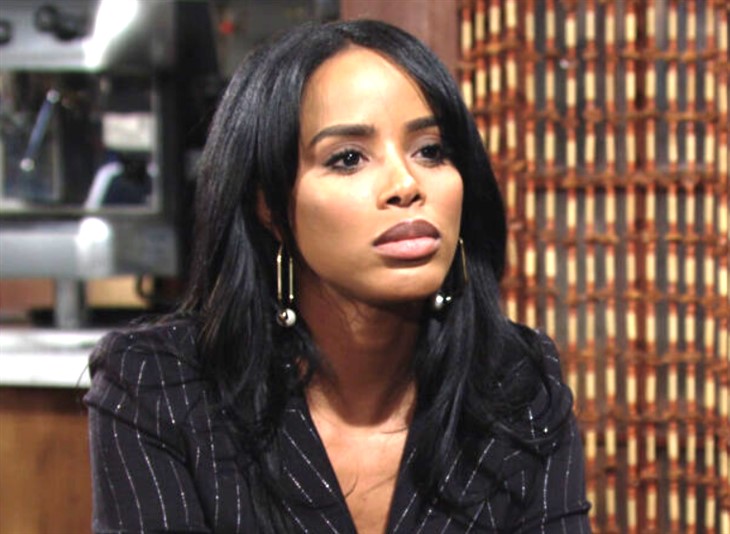 The Young and the Restless spoilers document that Imani Benedict (Leigh-Ann Rose) is interested in Nate Hastings (Sean Dominic). Elena Dawson (Brytni Sarpy) is well aware of that.

Amanda Sinclair (Mishael Morgan) is developing her relationship with Devon Hamilton (Bryton James). She has no concerns about his desire to pursue something serious while also knowing that he and Elena consider themselves to be part of each other’s past.

However, Elena and Nate came together under free will circumstances. The shortness of Nelena’s history means that their couple’s status is hardly cemented.

The Young And The Restless Spoilers – Nate Hastings Still Unsettled

Nate has endured a rather tumultuous time since returning to his hometown in 2018, when Brooks Darnell (Nate) became the recast for this character that hadn’t been seen since 2011 (Walter Fauntleroy, Nate).

The character that Dominic assumed eventually spoke about a love he’d lost, Carolyn (no last name known for this character or actor ever cast for this retrospective role). Her passing naturally impacted him. But in time Nate began to pursue love again.

Abby Newman (Melissa Ordway) was single when she and Nate briefly dated. He and Amanda were just starting to become involved when he ended that pairing. Then, Elena caught his eye.

Elena was fully in love with Devon on The Young and the Restless. They paired at an ideal time in each person’s life, with a natural duo forming.

Odds appeared excellent for eventual marriage and children. But that never happened because Amanda came to town. Elena’s insecurities caused her to act on impulse with Nate, Devon learned the truth and this formerly happy couple was done.

However, Elena and Nate have made their relationship work. They share a common vocation and had no obstacles in their path. It would be interesting plotting if Amanda’s sister serves to split Elena from her current significant other.

Imani told Nate that she has a lot of opinions and is very direct with people. He didn’t challenge her obviousness.

Like her older sister, Imani is working in the legal profession. While Amanda is a straight shooter, Imani appears open to the creative arts.

Imani setting her sights on Nate, who isn’t engaged yet, is a looming problem for Elena. If Nate gives into Imani, like Elena did with him, then Devon would be a rebound shoulder for Sarpy’s character to lean on.