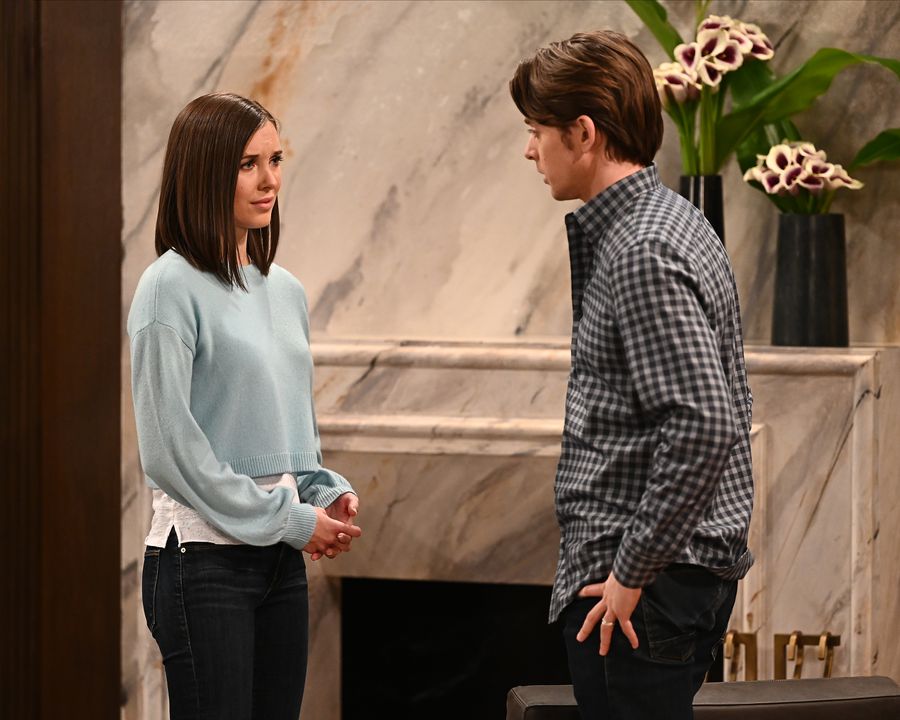 General Hospital spoilers reveal Willow and Michael continuing their affair behind Chase’s back having no idea Chase knows exactly what they are up to and is not telling them he’s getting closer to taking a whole lot more than five steps.

Some may believe Chase (Josh Swickard) is the bad guy in this scenario because he is not telling Michael (Chad Duell) and Willow (Katelyn MacMullen) he is beginning to be able to walk again, but Willow marrying Chase just because she thought he was dying was not an honest move. Willow and Chase had already gotten past him faking an affair with Sasha (Sofia Mattsson) and she understood he did it to help her and Michael get custody of Wiley. While it wasn’t the soundest idea in the world, he actually was not having an affair behind her back.

The look on Willow’s face when she learned that Chase was going to live said it all. She didn’t even want him to live at this point and looked disgusted at the idea of being married to him. Then, she stayed married to him out of pity because he couldn’t walk. And then she couldn’t even stay away from Michael, hopping into bed in the same house she is supposed to be living in with Chase.

Now, Willow is ready to dump Chase as soon as he can take five steps. In her mind, a man who almost died taking five steps and then being dumped is perfectly acceptable as long as she can have Michael.

Michael and Willow Do Not See The Error Of Their Ways

We also have to ask — who hops into bed during their son’s third birthday party as part of an illicit affair? And who hops into bed with a man who is not your husband after just breaking down in grief over the loss of your own biological baby three years ago that day?

The whole scenario is just wrong and like Austin (Roger Howarth) said, we should be glad they at least used protection because they don’t need any more little Wileys running around, especially with Willow supposedly being faithful to Chase. Tsk, tsk. Stay tuned to General Hospital weekdays to see if Chase manages to get some sweet revenge when he eventually calls them out.

DOOL Spoilers: Another Wedding For Ciara Brady and Ben Weston