DOOL Spoilers: Another Wedding For Ciara Brady and Ben Weston 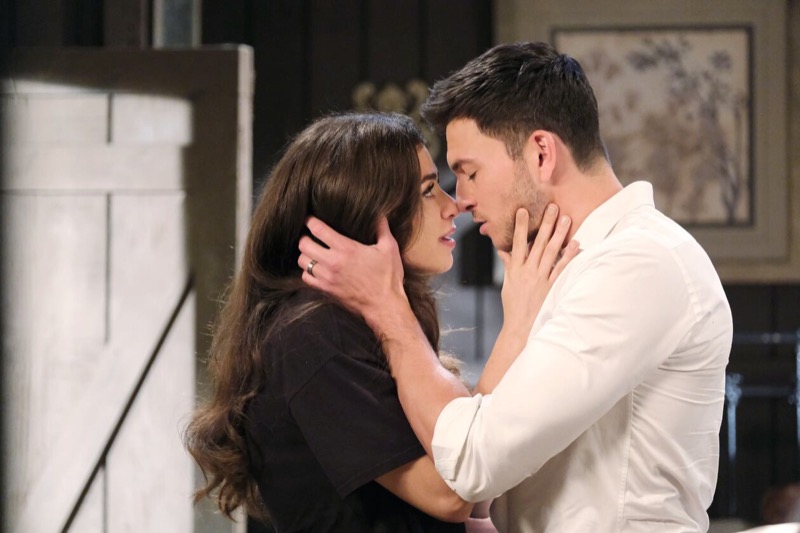 Days of Our Lives spoilers reveal a good week for ‘Cin’ fans as Ciara Brady and Ben Weston get married once again.

Days of Our Lives Spoilers: Making Up For Lost Time

It was a miracle when a fortune cookie brought it all back for Ciara (Victoria Konefal). She really did fall in love with and marry a reformed serial killer. The Ciara with memories doesn’t see anything so wrong with this, so she knows she and Ben (Robert Scott Wilson) have to make up for all they lost.

Theo Carver (Cameron Johnson) sees them together and realizes what everyone told her was completely true. She really would want Ben as soon as her memories returned. He lets her go and realizes Claire (Isabel Durant) is the one who has always been there for him.

Ciara also has some surprising news for Ben. She and Theo never slept together because she just couldn’t bring herself to do it. Ben does confess that in a weak moment he and Claire shared a kiss, but Ciara understands how that happened and all is well.

Another Wedding In The Works

All is so well that Ciara and Ben decide they have to remarry right away. Ciara was a fool for legally ending her marriage, so now she is ready to take care of that problem. As soon as the pair decide to make it happen, it happens, with Marlena (Deidre Hall) right there to officiate because that and hypnotizing her family members and Ben are all she seems to do now.

This wedding will be much smaller but go much better than that first wedding a year ago where a bomb went off and Ben was kidnapped. It was all thanks to Eve (Kassie DePaiva) who had to get revenge on Ben for killing Paige (True O’Brien). Sure, he was mentally ill then, but we can see where Eve wouldn’t care about that considering that the man murdered her daughter in her college dorm.

Now that Ciara and Ben are officially back together, what is in store for them next? We know they will be appearing on the Peacock limited series called Days of Our Lives: Beyond Salem, but what will happen before then? Do they get a little happiness before their next adventure? Stay tuned to Days of Our Lives weekdays to find out.