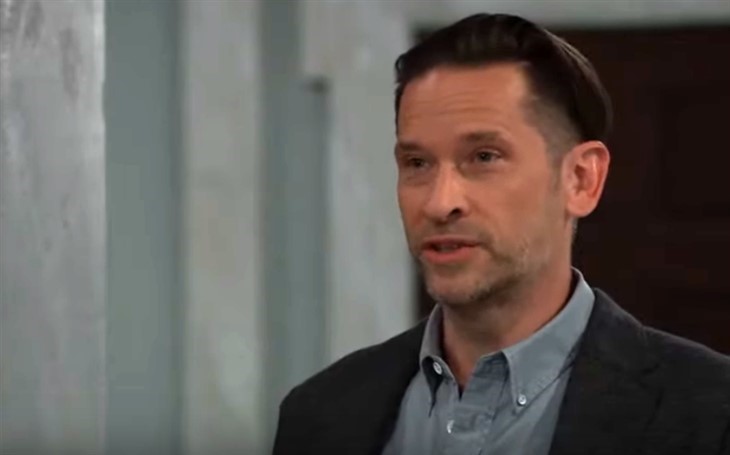 General Hospital spoilers indicate that Harrison Chase (Josh Swickard) will try to bow out of his marriage to Willow Tait (Katelyn McMullen). However, after confiding in Austin, Chase may change his mind. Will Chase decide he wants to get revenge on Michael Corinthos (Chad Duell)?

General Hospital’s Chase has figured out that Michael and Willow slept together. Chase has no idea what Michael and Willow have been through to help him after he was poisoned by Peter August (ex-Wes Ramsey). Chase just sees that Michael and Willow want to be together and he is willing to walk away. At least until Austin Holt (Roger Howarth) throws in his two cents. Austin has pushed Chase to walk. Austin encouraged Chase to go to the gatehouse to check on Willow. However, Austin didn’t want to put Chase into a position to confront Michael after realizing that he slept with Willow. However, Austin fears that Chase will have to move out of the house and he wants his help.

General Hospital’s Austin believes there is paperwork in Edward’s office that entitles him to his share of the Quartermaine fortune. However, Austin cannot search the house without being caught. However, Chase has free run of the mansion because everyone believes he is paralyzed. Will Chase work with Austin to find the information he needs? Edward had rewritten his will several times. Edward also disowned Jimmy Lee Holt (ex-Steve Bond) and his heirs. Is there something that allows this to be changed? Can Austin get his part of the Quartermaine money? Is Austin wasting his time?

General Hospital’s Chase is the one who threw Michael and Willow together. Chase has no one to blame for Willow falling in love with Michael but himself. Chase may have had good intentions at the time, but he should have never expected Willow to return to him without asking her true feelings. Chase almost died but he pushed Willow to marry him and she was trying to help. Willow was trying to help keep Chase alive by agreeing to marry him. Now Willow has been betraying her husband with her lover and something has to change. However, Michael has been a great friend to Chase. Will Chase betray him for someone he just met?

Chase has some big decisions to make when it comes to Austin and Michael. Will Chase give Michael the opportunity to come clean before he decides to work with Austin?

B&B Spoilers: Sheila Carter Is Back And Better Than Ever