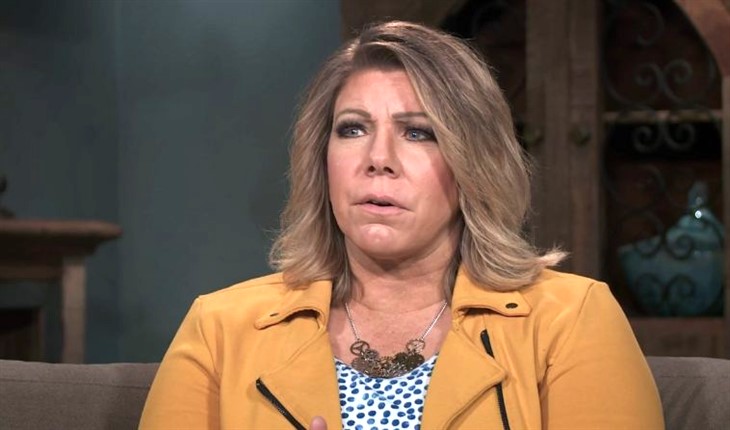 Sister Wives fans heard a lot of rumors and spoilers about Christine Brown. Recently, she finally made it official and announced that she and Kody split. That came after teasers for Season 16 suggested very strongly that she was done with talking to Kody about their marriage anymore. It also followed the news that she listed and sold her Flagstaff home. Other spoilers emerged that Christine already relocated to Utah. While she stays silent right now, is Meri Brown dropping any spoilers about the current situation? Read on to find out.

After the news that Christine Brown officially dumped Kody, she shared a post about embracing change positively. It can’t be easy for her, especially as polygamy in their faith comes with so many spiritual burdens. Clearly, she made a desperate choice to get a new life. Meanwhile, fans suspect that Janelle might have also moved to Utah with Christine. That rumor arose after she and Christine took Savanah and Truely to California recently. Nobody knows where Janelle moved to with the onset of the colder weather. However, she did tell her fans that she stops living in her RV over winter.

Of course, TLC fans worry that Sister Wives might end up canceled after Season 16. After all, a lot of people saw that for the first time in a long time, Janelle seemed unhappy with Kody. Additionally, many folks think that Meri actually left Kody a long time ago. They speculate that she only goes through the motions of being a part of the family for the show. Nobody seems interested on social media in a show that only features Kody and Robyn. Right now, it’s not beyond impossible that the other three women make their own lives without them.

Since the official announcement about the split arrived, Christine and her kids went very quiet on social media. Paedon last posted on Halloween. Meanwhile, Gwendyln is quiet. Mind you, she liked the post that her mom shared about the split. Meanwhile, Ysabel last posted about her move to North Carolina for college. Truely’s account is also quiet, and Mykelti’s not spilling any tea right now. Aspyn shut her social media to outsiders a long time back. So, fans turn to Meri Brown who is always active on social media. 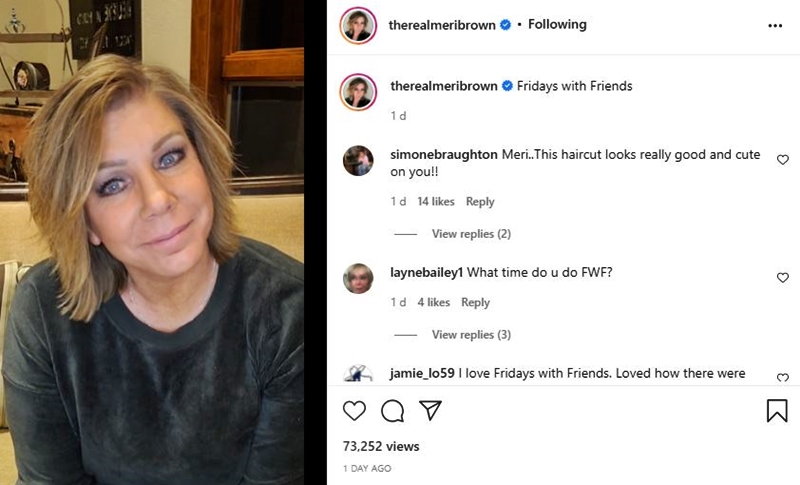 Sister Wives star Meri Brown runs her podcast with her friend Jenn Sullivan every Friday. Called, Friday with Friends, she warned fans they won’t hear any family secrets from her. Nevertheless, fans now go there to ask questions and fish for spoilers. This weekend, one fan wrote, “Meri do what Christine did 👏👏👏👏.” Then another fan noted, “Waiting to see if you’re leaving the crazy man too😂.” Similarly, this comment arrived: “I only watch to see you and Christine. I think they should make a new show starring … both of you. Maybe the title could be Sister Wives No More.”

No Replies From Meri Brown

Sister Wives fans who asked about Christine, Meri, and the future of the show had no luck. True to her word, Meri doesn’t engage in chatter about the rest of the Brown family She totally ignores the questions, and does not speak about them during the podcast. So, sorry folks – nothing to see here but two women who enjoy chatting about anything other than the TLC show.

Be sure to catch up on everything happening with the cast of the TLC show right now. Come back here often for more Sister Wives spoilers, news, and updates.

GH Spoilers: Sam Tells Maxie About Her Relationship With Dante, Will She Approve?