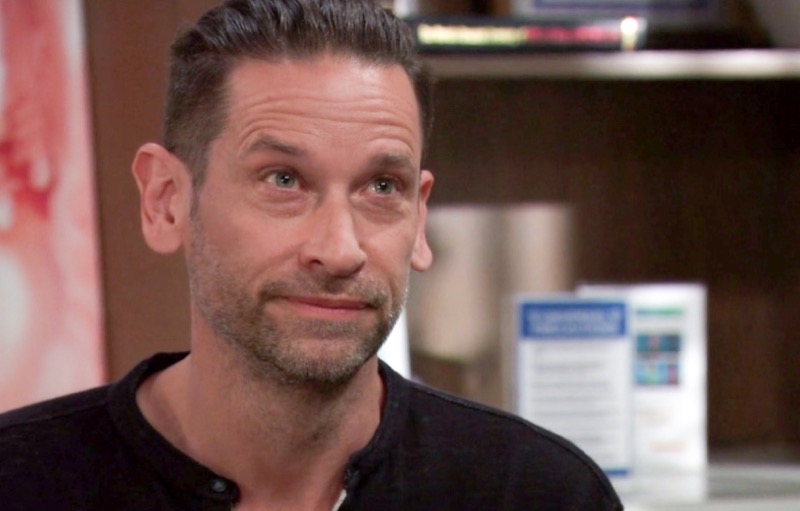 GH spoilers reveal that Olivia Quartermaine (Lisa LoCicero) brings Leo to the hospital to check his finger checked out. The boy has cut it and Olivia is concerned, so she would feel better if a doctor looked at the injury. Austin is the doctor that examines Leo’s finger and suggests he come back for a follow-up. Austin doesn’t want the follow-up to be with Leo’s regular pediatrician, but with himself. That alone is a bit strange and Ned picks up on it. That’s not the only thing that Ned observes, though.

Ned watches Austin as he looks at Leo’s finger and feels that something isn’t quite right. Ned can’t put his finger on it, but Austin seems to be exhibiting “untypical” behavior of a pediatrician. Ned probably doesn’t say anything at that moment in time but will have it in the back of his mind.

General Hospital spoilers reveal that as Ned and Olivia leave with Leo, Austin gets an urgent message. It is from Chase, who has something he needs to tell Austin. According to Kurth’s interview with Soap Opera Digest, Chase has found the documents that Austin has been looking for. Chase has the paperwork that proves Edward Quartermaine (last played by John Ingle) was changing his will to include Jimmy Lee Holt (formerly Steve Bond).

When Ned tries to make an offer to Austin, he rejects it. Austin claims that he wants a seat at the ELQ table and wishes to be part of the Quartermaine family. However, is that really all that he’s after? There seems to be some revenge in his mind, as he previously promised Chase that he would make Michael Corinthos (Chad Duell) lose something he valued. He’s also made references to the Quartermaines taking and taking. So, there must be more that Austin has in mind than just a piece of the pie — both financially and at the Quartermaine dinner table.

Then, there is Austin’s interest in Maxie Jones (Kirsten Storms). Perhaps it is just a crush or could there be more to it than that? What do you think of this entire storyline? What do you predict will happen with these characters? We will have to keep watching the ABC soap to find out.