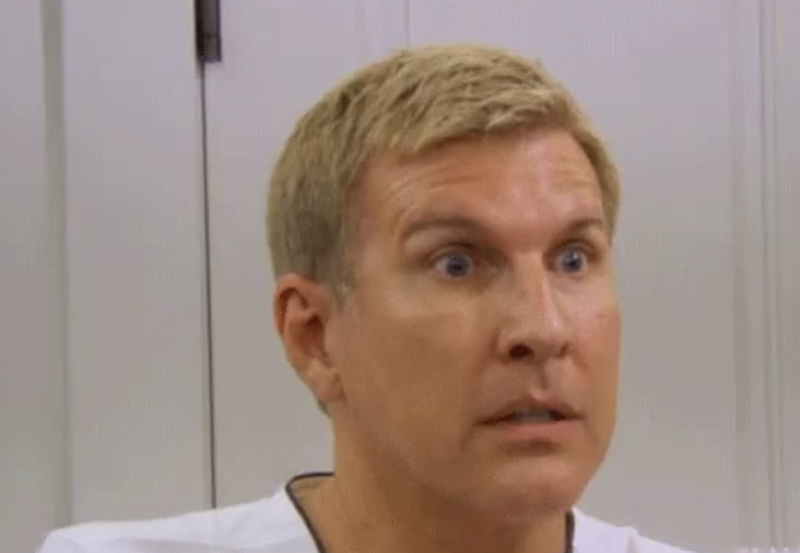 Todd Chrisley looks forward to Season 9 of Chrisley Knows Best and Season 3 of Growing Up Chrisey premiering on USA Network on August 12. In the meantime, in real life, he deals with some problems. Recall, he still, deals with federal tax charges for wire fraud and more. During the past few years, he accused several tax investigators of nefarious activities, including Amy Doherty-Henize who worked for the department. Now, Amy filed a lawsuit for defamation.

Fans heard that Todd claimed that his estranged daughter, Lindsie ratted him out to the tax department. He believed that she gave them information that could have led to his tax investigation. In fact, at one stage he even accused her of starting a love affair with one of the investigators. However, it turned out that his son Kyle slipped the info to the tax department. Apparently, they made up and moved on from that since then. However, Lindsie remains determined not to ever forgive him.

Meanwhile, in real life, Todd Chrisley also faces a few worries about his mom, Nanny Faye. Savannah told her fans last week, that the 73-year-old grandma injured herself and broke two ribs. So, perhaps the news that Amy Doherty-Henize now brings a lawsuit against him might seem like more bad news. However, according to The Atlanta Journal-Constitution, he seems untroubled. His legal rep said, “It’s merely an attempt by Ms. Doherty-Heinze to silence Mr. Chrisley about an issue of substantial public importance. Mr. Chrisley will vigorously defend his free-speech rights.”

In March 2020, TV Shows Ace reported that the patriarch of Chrisley Knows Best spoke out against Amy on Instagram. At the time, he said, “This is our Georgia Dept of Revenue’s finest at Disney, Amy Doherty Heinz, @aveires, Brad cline, and John Koehler putting those taxpayer dollars to work at the expense of the Georgia Taxpayers.” Additionally, he promised to delve into it more on his Chrisley Confessions podcast. The photo he shared revealed Amy and others from the Tax department at Disney.

Well, Amy Doherty-Henize said that Todd Chrisley got it wrong back then. In fact, she claimed that her sister who worked there got a family pass to visit the place. Now, her attorney mentioned that in the lawsuit. On July 16, The Atlanta Journal-Constitution cited the lawsuit as saying, “between March 9 and July 7, 2020, [Todd attacked] her, “accusing her of a multitude of crimes and wrongdoing.” Plus, it mentioned the fact that her sister got her into the park.

The lawsuit revealed that Amy felt Todd Chrisley helped to give her reputation a bad name. Plus, she suffered from “emotional and mental distress.” So  she wants “$75,000 in compensatory damages.”

Remember to check back with us often for more news about USA Network’s Chrisley Knows Best patriarch, Todd Chrisley.

The Bold And The Beautiful (B&B) Spoilers: Eric Pushes Carter Too Far – Love For Quinn Wins Out