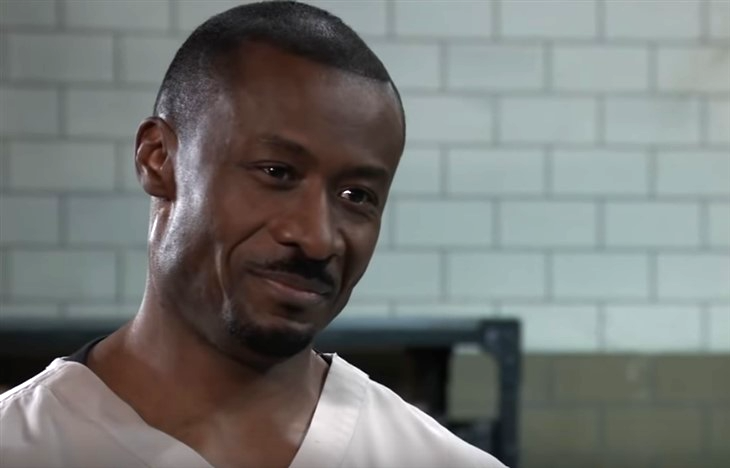 General Hospital (GH) spoilers reveal that the next two weeks in Port Charles sizzle and pop and we have all the juicy details for you here.

Brando Corbin (Johnny Wactor) does his best to assure Sasha Gilmore (Sofia Mattsson) that he wants a future with her and not the mob, while former mob assistant Shawn Butler (Sean Blakemore) can’t believe his ears when he hears his fate.

Over with the teen scene, Trina Robinson (Sydney Mikayla) figures out who “Victor” is. But Spencer Cassadine’s (Nicholas Chavez) charm proves difficult to ignore and she forgives him for his ruse.

Look for party girl Trina to ask Spencer to throw a huge party at Wyndemere which sounds not only greedy but also like a potential disaster in the works.

Spencer wants to please Trina but at the same time he will continue manipulating her beloved mentor Ava Jerome Cassadine (Maura West) .

But that’s nothing compared to another surprise she gets, one that is much darker than her teen son dating.

Could it be she went to pull something out of the freezer and found it empty?

Finn blabs to Anna Devane (Finola Hughes) that he was the one on the rooftop with Peter, but will he go all the way and admit to causing his death and storing him in a freezer?

Jasper “Jax” Jacks (Ingo Rademacher) gets grilled over Hayden Barnes’ (Rebecca Budig) disappearance and at the same time Sam McCall (Kelly Monaco) noses into the Hayden-gate mystery which gets Nikolas worked up into a lather.

Westbourne (Kelly Thiebaud) and Terry Randolph (Cassandra James) who will be the next Chief of Staff.