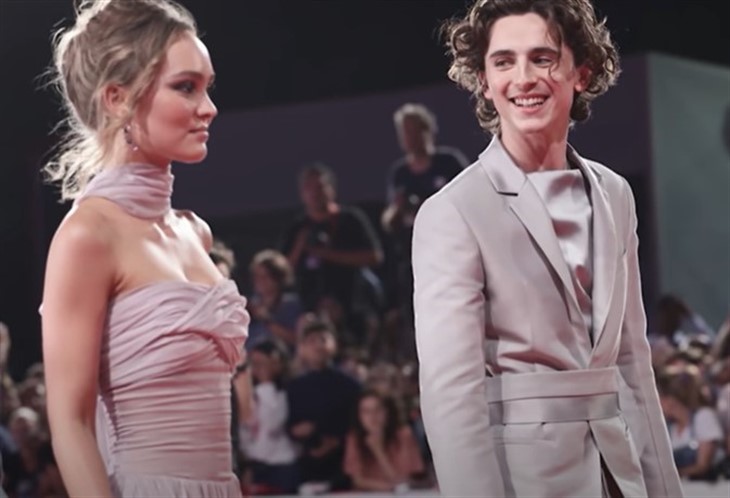 Timothée Chalamet and Lily-Rose Depp have been spotted together in New York, reigniting dating rumors one year after their breakup.

Almost a year ago, that Chalamet was described as “currently single” in a British Vogue feature putting rumors of his relationship status to rest. However, the internet is alight once again with fan theories and paparazzi claims about the 25-year-old Oscar nominee’s romance with Depp.

On Wednesday, April 7, the Little Women star was spotted by paparazzi outside in New York with an unidentified woman, with a source later claiming that it was none other than his ex-girlfriend, “It was her. They saw her go in an Uber to his place, pick him up and head to Brooklyn.”

This unclear sighting comes after several unverified claims on social media that the pair were seen holding hands in Manhattan.

These claims are often accompanied by a photo that appears to be of the two of them walking together outside, which neither confirms nor denies the claims.

A timeline of their relationship : from a budding romance to vacations in Italy to their split

The young stars sparked speculation in 2018 and were photographed showing some major PDA on vacation in Italy the following year, thus confirming their blooming romance. The pictures broke the internet much to Chalamet’s dismay.

Recalling the incident, the actor said in an interview last year, “I went to bed that night thinking that was one of the best days of my life. I was on this boat all day with someone I really loved, and closing my eyes, I was like, indisputably, ‘That was great.”

He added, “And then waking up to all these pictures, and feeling embarrassed, and looking like a real nob? All pale? And then people are like, ‘This is a P.R. stunt.’ A P.R. stunt?! Do you think I’d want to look like that in front of all of you?!”

If they are back together again, seems like they are being a lot more careful this time around in order to avoid leaked pictures and ruining getaways.