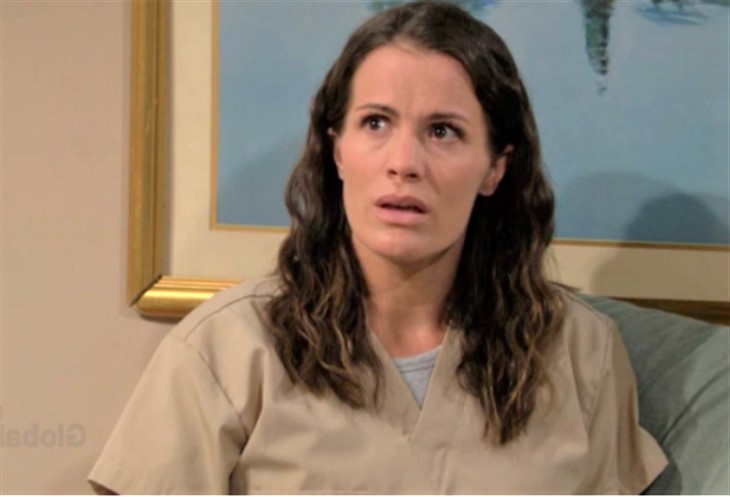 The Young and the Restless (Y&R) spoilers reveal Chelsea and Victor’s plan working — somewhat at least.

The Young And The Restless Spoilers – Chelsea Newman Gets Good News

Play crazy. That’s what Chelsea (Melissa Claire Egan) and Victor (Eric Braeden) decided to do so Adam (Mark Grossman) could walk free and Chelsea didn’t have to spend years behind bars. Well, at least it was Chelsea who had to play crazy. The Great Victor Newman would never concern himself with such things.

So, since Chelsea is a master con she put on quite an act and was committed to a mental health facility for evaluation. Well, she gets some good news this week when Michael (Christian J. Le Blanc) tells her he is not going to press charges because it’s been determined she did what she did due to temporary insanity,

Well, Chelsea is about to walk on out of there and go get Connor (Judah Mackey), but not so fast. Sadly (for Chelsea, at least), she is going to have to stay in this mental health facility for months on end so she can be monitored, treated, and get better. Chelsea never realized this could become part of the deal.

Y&R Spoilers – What Will Chelsea Newman Do Now?

Before Chelsea can do anything, she has to deal with Victor telling her not to make any trouble about her circumstances. She is lucky she is not going to jail and can still end up there because he has proof that she knew exactly what she was doing when she tried to kill Rey (Jordi Vilasuso) and set up Adam to take the fall.

She is further incensed when she learns the restraining order she took out against Adam seeing Connor has been lifted and he can see his son whenever he wants while she is stuck in this institution and can’t see him at all.

Chelsea plays it cool with Victor, but inside she is fuming and plotting her next move. Chelsea always has the next move and she is determined to make Adam pay because she still blames him 100% for everything that has happened to her.

Apparently, Adam forced her to commit crimes and nearly kill people because he is that powerful and she is that weak. Sure, Chelsea, whatever your conning little mind and heart say. Stay tuned to The Young and the Restless weekdays to see how this story plays out.

Days Of Our Lives Comings And Goings: Greg Vaughan Returns As Eric