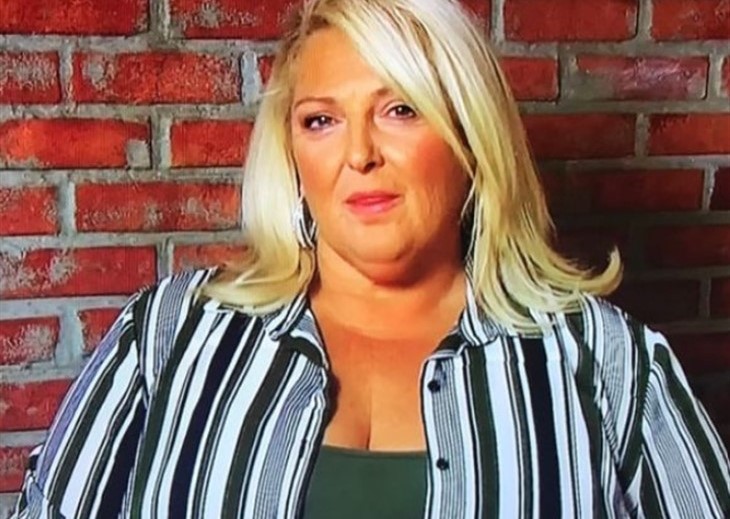 Most 90 Day Fiancé fans are thrilled to see Angela Deem looking slimmer and younger every day. However, others take a snarkier point of view, calling the TLC reality star a cheater for promoting weight-loss gummies. Everyone knows Angela’s weight loss was from surgery and they think she is falsely advertising the gummies.

Since she first starred on the show, 90 Day Fiancé star Angela Deem has made an amazing transformation. Despite the fact that her husband, Michael Ilesanmi, didn’t want her to get the surgery, she went ahead. The result is quite simply stunning. With every Instagram image she posts, Deem looks better and better.

Like many reality TV stars, Angela uses her fame to make money by posting sponsored ads on Instagram. This relates particularly to her latest post, where she poses beautifully, holding a container of Flattummyco gummies. 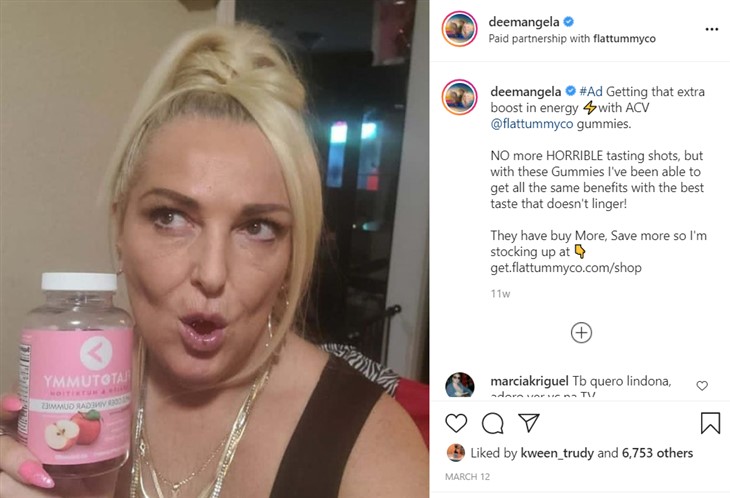 While the majority of Angela’s followers are amazed by how good she looks, there is always a negative side to social media. Many took exception to the fact that she is flaunting her slim figure and her glowing good looks while promoting weight-loss gummies. They believe this is false advertising because her weight loss came from under the surgeon’s knife.

Readers will no doubt remember that Angela underwent a gastric sleeve and breast reduction and lift surgery on Happily Ever After. Fans believe there is no chance the gummies had anything to do with Deem’s weight loss.

Meanwhile, in her caption to the post, Angela doesn’t make any claims that the gummies helped her lose weight. She wrote that the Apple Cider Vinegar gummies gave her “better energy, reduced appetite between meals, glowing complexion… like, the works.” Admittedly, our favorite meemaw does urge her followers and fans to try them out.

One follower asked, “Why are people advertising this crap when they had surgery?” Another agreed, saying it wasn’t the gummies, it was bariatric surgery. Others were purely nasty to Angela, with one writing “STOP LYING BEEATCCH… you had your entire body under surgery they pulled [sic] stomach.” Yet another wrote, “Oh please… don’t be a sell out [sic]. What a load of crap.”

More supportive fans wrote that yes, she had weight-loss surgery to get slim, but the gummies are helping her to stay that way. Admittedly, other supportive fans are concerned over the fact that Angela still hasn’t quit smoking, despite her surgeon’s recommendations.

Despite her conflicted followers, let’s face it, Angela Deem is looking younger and amazing. Possibly some of the criticism comes with a side of jealousy?