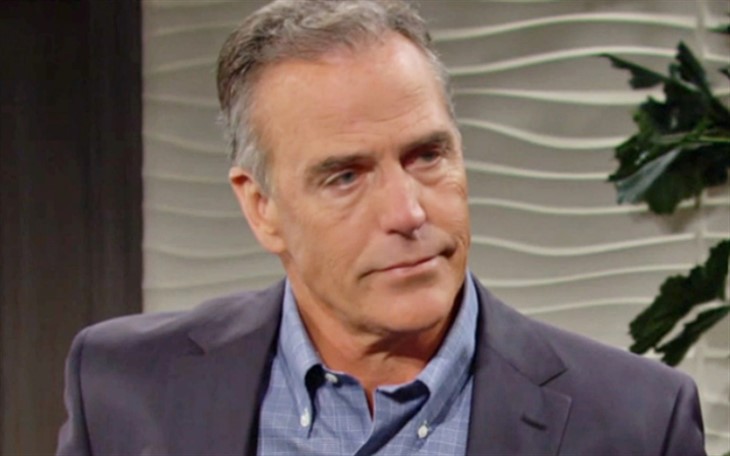 The Young and the Restless (Y&R) spoilers document that Ashland Locke (Richard Burgi) has gotten what he wanted. He sold Cyaxares and realized a handsome profit.

Ashland has also positioned himself with the power players in Genoa City, Wisconsin. He was the east coast’s Victor Newman (Eric Braeden). Adam Newman (Mark Grossman) is a tough guy, which is what Ashland sees himself as being. Now, this interesting trio is together as Newman Media begins to roll.

Meanwhile, Y&R has cleverly placed Tara Locke (Elizabeth Leiner) with the Abbott’s. Her move into the mansion plays with one of the city’s other famous families being anti-Newman.

Summer Newman (Hunter King) isn’t a fan of Tara. But she does have sympathy for her because of Harrison Locke (Kellen Enriquez).

So, Kyle Abbott (Michael Mealor) has decided to pursue a paternity confirmation. If that proves out as expected, then he’s also surely going to assert rights to his son. The current effort is taking place in the form of helping to protect Tara from Ashland.

King’s character sees this matter clearly. Tara wronged Ashland, has been revealed, and has run to Kyle, Summer’s soul mate, and fiance, for help. No expected fall bride would want that storyline to be unfolding in May.

Jack Abbott (Peter Bergman) has become very philosophical in recent years. He’s held to the truce that he and Victor have in place. That alone is remarkable.

As fans recall, Jack actually sought Victor’s advice about settling his mind in the recent past. The Moustache told Jack, with sincerity rather than snarkiness, to get away from it all. Jack then spent a refreshing time at a spa, where Sharon Newman (Sharon Case), her last name at that time in the plot, also happened to be.

Jack’s knowledge of his assumed grandchild provokes a natural question. How long with the Locke’s be the central focus of the latest Newman-Abbott skirmish?

The Young And The Restless Spoilers: DNA Test Determines If Kyle Is Harrison’s Father https://t.co/zwkulLSS80 pic.twitter.com/yhfuwP467g

The Young And The Restless Spoilers – Ashland Locke Mixes It Up

Ashland has alerted his attorneys. He wants a divorce and would prefer to have custody of Harrison.

However, Tara wants Kyle to have a say in Harrison’s life, while also not cutting Ashland out. That means a lot of daytime drama, involving two legendary families and the three-person clan that is new to GC, is about to explode.