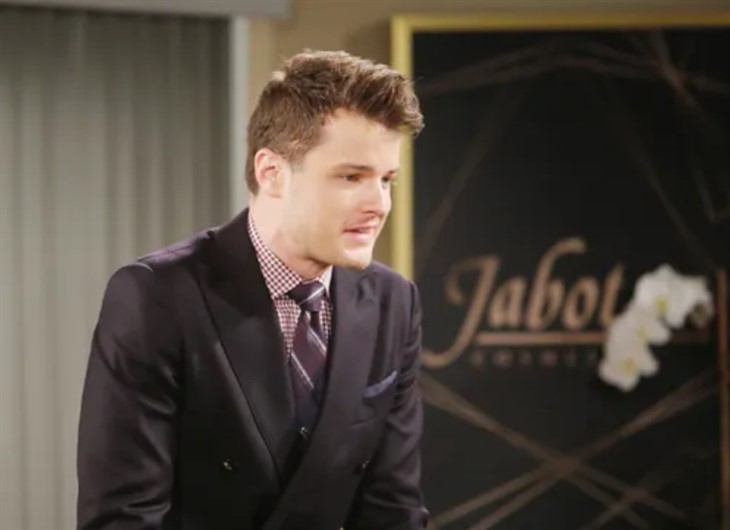 The Young and the Restless (Y&R) spoilers say that while he looks like a good guy from the outside, from within he is one of the most selfish men in Genoa City. Of course, we are talking about Kyle Abbott (Michael Mealor) and how he’s managed to prove to just about everyone that the only person that matters in his life is himself. Yet, women keep falling for him over and over again. You’d think that there would be a warning sign on him by now, but every good-looking female in Genoa City seem to fall for his charm only to quickly realize that he is one of the worst man-babies out there. Here are three reasons why.

Kyle Abbott had a hot affair with Tara Locke (Rebekah Graf) which resulted in a pregnancy and a son that he would like to forget exists. This is classic man child behavior, as Kyle doesn’t take responsibility for his actions. Did he think that a big little secret like this would go away?

Kyle Abbott never seems to grow up. And it seems like he is constantly trying to find some sort of guidance, help and support from the one man that he couldn’t stand not too long ago: his father, Jack Abbott (Peter Bergman). Knowing that he needs to make a major confession about Tara and Ashland Locke (Richard Burgi), Kyle goes to his daddy for advice, since he can’t really seem to get out of any situation he is in without him.

Let’s face it, Kyle Abbott is the kind of person who believes that consequences don’t apply to him. He thinks it’s okay to fall in love with two women at the same time and that everyone is going to live blissfully like one happy family. That is not reality, but in Kyle’s mind, he thinks he can get away with kissing someone like Summer Newman (Hunter King) while still being in love with Lola Rosales (Sasha Calle). The man is full of secrets and unfortunately for Summer, it would take a lifetime for her to ever get the truth out of him.