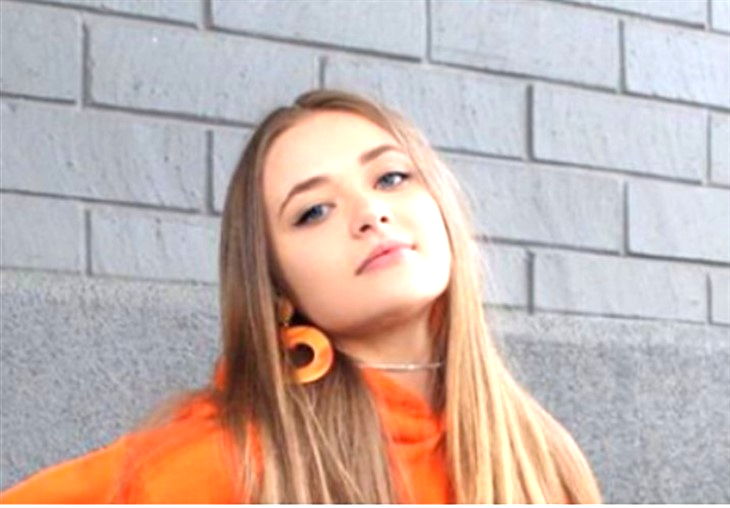 The Young and the Restless (Y&R) spoilers tease that fans will be seeing a new actress soon in the role of troubled teen Faith Newman. Reylynn Caster has been cast as Faith Newman, the angsty teen daughter of Nick Newman (Joshua Morrow) and Sharon Newman (Sharon Case).

The actress currently in the role, Alyvia Alyn Lind, is exiting the soap for a role in Syfy’s new series Chucky.

Reylynn Caster is a Wichita, Kansas native whose roles include roles the Netflix series The Big Show Show, ABC’s American Housewife, and the CBS sitcom Me, Myself and I.

In honor of her taking over the role of Faith Newman, we have some more scintillating background info on Caster for you to digest before she debuts. Here are five things to know about this standout teen actress.

#1 Reylynn Caster is a Musician

Caster is a multitalented creative who not only acts, she also plays the piano and the guitar. Additionally she writes her own music. She calls songwriting, “my form of therapy. Any time I feel a strong emotion I pick up the guitar and start writing.”

#2 Reylynn Caster Has An Impressive Resume

Just two short years ago Caster set three major career goals and she crushed them all! First, she got a screen test for a multi-camera project. Second, she booked a multi-camera project, and third she debuted on Netflix. All three of her goals were realized when she won the role of Lola on The Big Show Show was she described as, “super surreal.”

#3 Reylynn Caster Was A Commercial Actress

Caster’s debut on-screen appearance came in a national television commercial at the tender age of 7. On the project she worked with Leif Jonker, the director of the cult horror film, Darkness.

Like her peers, Caster loves social media and admits she spends far too much time on Tik Tok. She said she doesn’t post many videos herself but she is, “constantly scrolling” the platform.

Caster’s first Hollywood feature film was Adventures of Dally and Spanky, released in September 2019. This was her first starring role and she played Ella in the film.

Royal Family News: Meghan Markle Not ‘Wearing Handcuffs’ When She Was Living It Up at the Palace