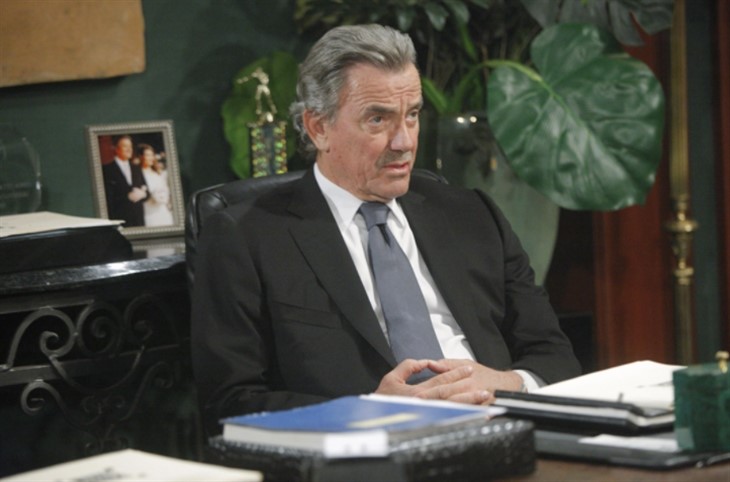 The Young and the Restless (Y&R) spoilers for Wednesday, May 5, 2021, reveal Victor doing what Victor does best — doling out threats to whoever will listen.

Chelsea (Melissa Claire Egan) is so happy Adam (Mark Grossman) is on the run and she doesn’t have to fake being paralyzed anymore than she and Chloe (Elizabeth Hendrickson) decide to have a night out at Society. What she doesn’t expect when she arrives home is to find Victor (Eric Braeden) at the penthouse just waiting for her.

While Chloe tries to remain quiet, Victor lets it be known in his own Victor way that he’s onto her. He knows she was able to walk and talk long before she let on AND that she’s the one to set up Adam for attempting to poison Rey (Jordi Vilasuso). When Victor makes a veiled threat that he might take custody of Connor (Judah Mackey) away from her, Chelsea begins to listen and we have to wonder who’s conning who.

Victor also gets word about the tornado in Kansas and uses all his Newman power to try and rescue both his sons — and in turn, save Faith’s (Reylynn Caster) life. Time is running out for his granddaughter and he’s not going to let her go that fast.

Y&R Spoilers – Sharon Newman Needs A Shoulder To Lean On

Over at the hospital, Sharon (Sharon Case) keeps vigil by Faith’s side but it’s becoming harder and harder to keep an optimistic attitude around her, especially since Nate (Sean Dominic) and Elena (Brytni Sarpy) are all doom and gloom about everything.

Rey finally showed up to be there for his wife but Sharon might need more than a husband who orders her around and often only shows up in a crisis. And that crisis is about to get worse because Nikki (Melody Thomas Scott) has some bad news for Sharon. Does she inform her the reason she can’t seem to reach Nick (Joshua Morrow) is that he was trapped in a Kansas tornado — with Adam? Yes, Adam, the man who has the kidney Faith so badly needs. Stay tuned to The Young and the Restless weekdays to see how Faith’s fate plays out.