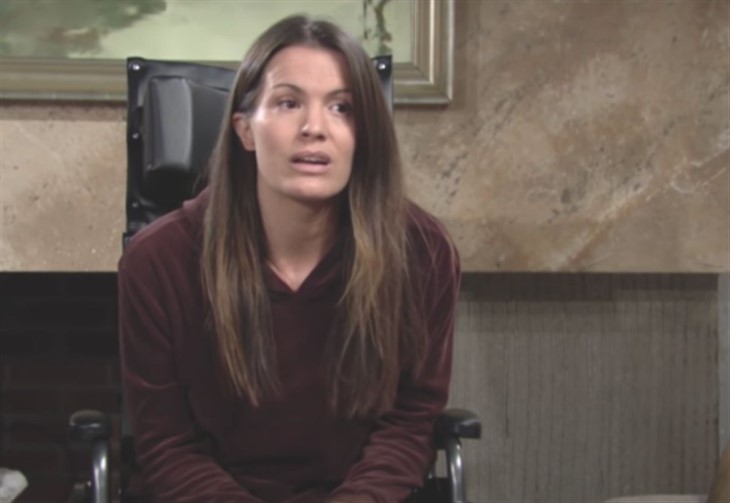 The Young and the Restless (Y&R) spoilers document that Chelsea Lawson (Melissa Claire Egan) committed various crimes that should result in punishment. However, the man Chelsea framed doesn’t want her to suffer more than she already has.

Victor Newman (Eric Braeden) wants to clear Adam Newman (Mark Grossman) of attempted murder and doesn’t care if Chelsea faces prison time. The Moustache has acknowledged that Egan’s character is a good mother, but won’t allow his son to go to jail for crimes Chelsea committed.

This is no ordinary case for Rey Rosales (Jordi Vilasuso). Genoa City, Wisconsin’s lead detective is trying to prove who poisoned him with thallium. He initially was convinced that Adam was the perpetrator, but now wonders if Chelsea is the villain.

Rey’s animus toward Adam is steeped in their rivalry for Sharon Rosales (Sharon Case). Working with clouded judgment has slowed progress on the case. However, a recent conversation with Chelsea tipped Rey off.

Chelsea’s comment about Rey not being “like the rest of us” implied that he wouldn’t commit acts that someone like Chelsea and those of her ilk would. That forced verbal error was another one of her mistakes.

Y&R Spoilers – Logic Isn’t On Either Side

Just as Rey wasn’t proceeding logically in his efforts to prove who poisoned him, so too is Chelsea allowing herself to be swayed by emotion. Her intent was to force Adam out of her and Connor Newman’s (Judah Mackey) life so that a permanent Chadam break would occur.

Chelsea’s plan to move away from GC was working, until she needlessly provided Chloe Mitchell (Elizabeth Hendrickson) details of what happened, allowed Adam to witness the depth of her physical recovery, and made the referenced admission to Rey.

The stress of all that’s happened in recent months, which was sparked by Adam’s irrational behavior and his order for Chelsea’s abduction, led to this May’s predicament.

The Young And The Restless Spoilers – Victor Newman Deals Himself In

Adam would find a way to shield Chelsea from consequences if he was solely directing the outcome of this dilemma. But he’s not.

Victor dealt himself in because of Adam and Connor. So, it’s possible that Chelsea will be arrested if Victor can provide Rey with evidence, create that intel and feed it to him, or steer the detective toward the truth.