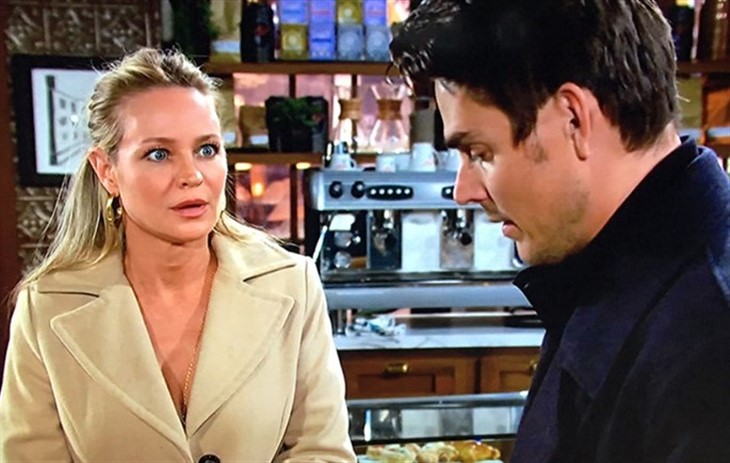 The Young and the Restless (Y&R) spoilers for Wednesday, April 28, 2021, reveal Sharon making the same move over and over again and Rey actually changing tactics for a change.

The Young And The Restless Spoilers – Anything For Adam Newman

Sharon (Sharon Case) was crushed when Rey (Jordi Vilasuso) didn’t come home but that doesn’t stop her from doing the thing that forced him out to begin with. She tells another whopper of a lie just to cover for Adam (Mark Grossman). What kind of hold does this man have on her?

Maybe Rey is not the ideal husband for Sharon, but she chose him, she only married him a mere months ago, and she just tells him to lie after lie thinking he’ll be understanding when all she does is lie and keep secrets. Does she think she is Liam (Scott Clifton) on The Bold and the Beautiful? That Rey will just keep forgiving the way Hope (Annika Noelle) does on that sister soap?

Y&R Spoilers  – Rey Rosales May Be Seeing The Sunlight

Yes, Rey is furious at Sharon and can’t believe she keeps lying to him. However, he does keep giving her ultimatums and no wife can be a fan of being told what to do by her husband. Maybe he is giving her reason to lie.

However, she did tell him the truth when she said that it was Chelsea (Melissa Claire Egan) who left the poison around her house that nearly killed Rey. It wasn’t Adam at all. It was Chelsea faking her paralysis and trying to set Adam up.

So, Rey questioned Chelsea last week and didn’t quite buy what she was selling. This prompts him to interrogate Chloe (Elizabeth Hendrickson) next. Chelsea had promised Chloe nobody would ever suspect she did a thing, especially when Chloe had no idea her little pranks could kill someone.

She is trying to live her life on the straight and narrow now because she has a good marriage and two small children. Will Chloe’s life comes crashing down all because of Chelsea or will she cave and tell Rey everything to save her own self? Stay tuned to The Young and the Restless weekdays to see how this story plays out.

Days Of Our Lives Spoilers (DOOL) Wednesday, April 28: Belle Lashes Out At Sami, Ben Shocks All