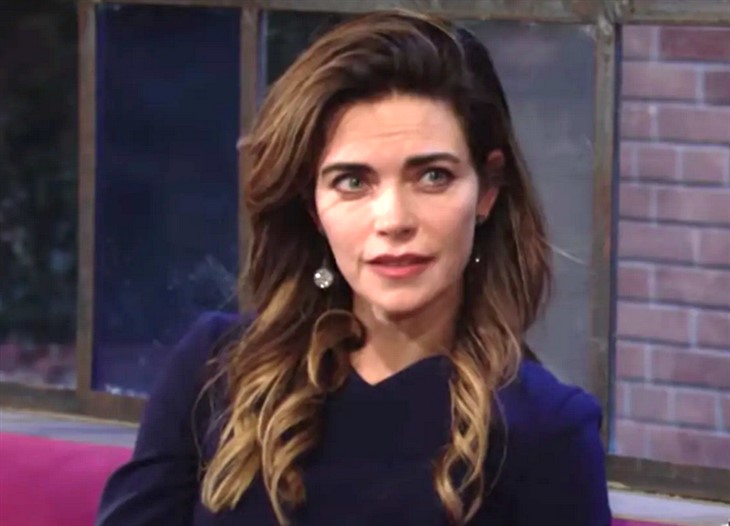 The Young and the Restless (Y&R) spoilers document that Billy Abbott (Jason Thompson) has been snooping for personal information about Ashland Locke (Richard Burgi). He’s been doing so as part of his attempt to stir trouble and respond to Ashland’s connection to Victoria Newman (Amelia Heinle).

Victoria has been direct with Billy. She doesn’t want his involvement in her life, other than coordinating co-parenting issues.

Y&R fans can’t blame Victoria for being protective of herself and the former Villy’s children. Billy chose to abandon the family they were reforming in the recent past as he was trying to establish his authentic self. That translates to Billy being Billy.

Billy appears to believe that Victoria is beginning a romantic relationship with Ashland. That makes sense from an outsider’s perspective.

Ashland just learned that his wife withheld a connection she had with Kyle Abbott (Michael Mealor) approximately four years ago that led to Harrison Locke’s (Kellen Enriquez) birth. Ashland didn’t confirm until this spring that Harrison is not his biological son. Both factors led Burgi’s character to immediately file for divorce.

So, Billy thinks that Victoria is falling prey to Ashland’s rebound pursuit.

The truth is that Victoria sees a prime business opportunity. Her proposal to fold Locke Communications into Newman Enterprises was warmly embraced by Ashland.

Victoria’s reputation as an Ice Princess isn’t fair, as most of her personal angst has been generated by Billy. Add onto that the Newman family’s enemies and it’s fully logical that Victoria would project a guarded persona.

The Chief Executive Officer of Newman Enterprises is making a shrewd, preemptive move by negotiating with Ashland one-on-one. If Victoria is able to acquire Ashland’s company, then she will have added a valuable asset to the company’s already deep portfolio.

The Young And The Restless Spoilers – What About Johnny Abbott?

Billy apparently is forgetting that he, not Victoria, has often been the one who needs protection. He’s taken for granted that she selflessly adopted the son he had with Chelsea Lawson (Melissa Claire Egan).

Johnny Abbott (Holden and Ryan Hare) is fully loved by Victoria. She has been the parent who has supplied the most stability through the years. Villy’s daughter, Katie Abbott (Sienna Mercuri), has experienced the same.

Victoria is sympathetic to Ashland’s feelings about Harrison, who is actually his stepson without that legal designation. Whether she chooses to become involved on any deeper level with the man who’s believed to have less than six months to live will be seen, with Billy being part of that audience.