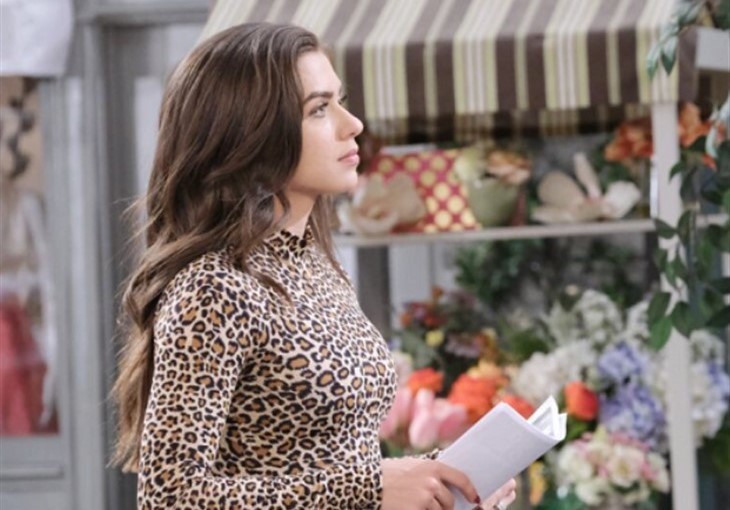 Days of our Lives (DOOL) spoilers for the next two weeks, June 28 to July 9, reveal all sorts of mayhem and mischief descend into Salem, with maybe a broomstick fight featured?

Days Of Our Lives Spoilers – Let’s Delve Deep Into The Shenanigans That Include 4th Of July Fireworks!

EJ DiMEra Dan Feuerriegel) gets a startling phone call—is he doing a Sami/Lucas of his own on the side or maybe it’s his sis Kristen DiMera (Stacy Haiduk) haunting him?

DOOL Spoilers – Sami Brady Is In The Weeds

But Eli Grant (Lamon Archey) is on the case and turns up the heat. Then he has explaining of his own to do and it involves that supercilious in-law of his Chanel Dupree (Precious Way).

An anniversary party erupts with the usual hijinks Salem events are associated with. This time it has to do with the Horton Town Square groundbreaking ceremony and more than actual dirt is exposed, Paulina Price’s (Jackée Harry) nefariousness threatens to change lives forever.

Theo Carver (Cameron Johnson) and Ciara Brady Weston (Victoria Konefal) come back for the big to-do which does all sorts of tricks on Ben Weston’s (Robert Scott Wilson) psyche.

At one point he sees her in his apartment but is it real or psycho-phantom time again?

At the same time upstanding Theo is struggling with a huge secret, could it have to do with Ciara who has a heated confrontation with Shawn Brady (Brandon Beemer) and Claire Brady (Isabel Durant)? Is she pregnant, wants to get married, neither or both?

The DiMera Enterprises CEO position thingy continues to bubble and boil beneath the surface. Kate Roberts (Lauren Koslow) is in the catbird seat with her tie-breaker vote—or is she?

Explosive show spoilers reveal that Kate, Jake and Gabi, get into an epic soapy confrontation and the truth bombs start flying!

Somehow Chad DiMera (Billy Flynn) and EJ find themselves in a situation that Tony DiMera (Thaao Penghlis) must run interference on.

Did we mention there will be fireworks? Yes, of the soapilicious kind, but also the Fourth of July holiday will be celebrated as well.