The Young And The Restless (Y&R) Spoilers: Victoria Explodes At Victor For ‘Betrayal’, Nikki’s Mediation Backfires 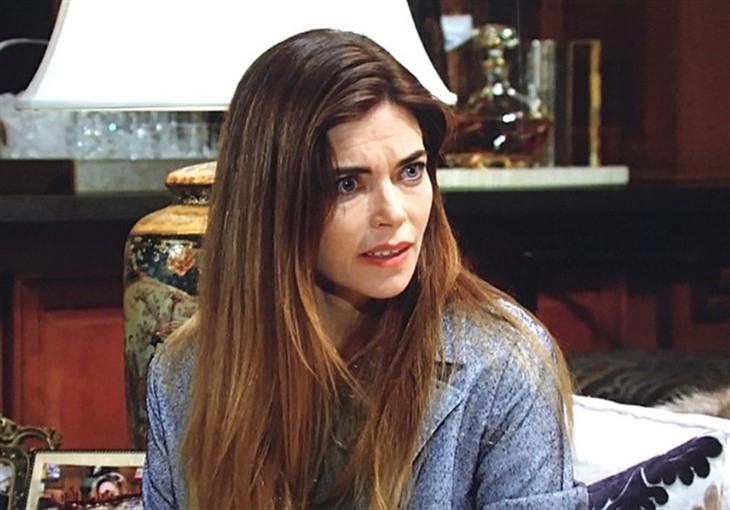 The Young and the Restless (Y&R) spoilers reveal that Victoria Newman (Amelia Heinle) gets the feeling that Ashland Locke (Richard Burgi) is reconsidering their deal. She stomps over to Victor Newman (Eric Braeden) to give him a piece of her mind. She blasts her father and makes accusations. Soon, her rage switches from Cyaxares to Adam Newman (Mark Grossman).

The Young And The Restless Spoilers – Victoria Newman Senses Doubt

Y&R spoilers reveal that Ashland decided to hand Cyaxares over to Victoria. She suddenly starts to get the feeling that Ashland has changed his mind. Instead of contacting Ashland to make sure they are still squared away or to smooth any ripples, Victoria storms over to her father.

She blasts Victor and accuses him of betraying her. She also claims that he’s undermining her. Of course, Victor doesn’t like this conversation at all and the two get into a fiery argument. He tells Victoria that the only reason she’s even vaguely interested in the company is because of Billy Abbott (Jason Thompson). Victoria completely explodes and doesn’t hold anything back. In fact, the conversation won’t just be about business.

The Young And The Restless Spoilers – From Cyaxares To Adam Newman

The Young and the Restless spoilers reveal that Victoria has plenty to criticize. She just isn’t angry about Cyaxares but also has major issues with how Victor deals with his children. Specifically, her problem is how Adam gets special treatment. Co-head writer Josh Griffith teased to Soap Opera Digest that Victoria slams all the speeches Victor gave them growing up. She accuses him of giving Adam special treatment and that the rules don’t apply to him, just to everyone else.

“Victoria believes that Victor has a blind spot when it comes to Adam. She feels that Victor is constantly giving Adam a pass while everyone else in the family has to follow a different set of rules.”

The Young And The Restless (Y&R) Spoilers: Is Ashland Having A Heart Attack Or Did Someone Poison Him? https://t.co/5tRIAka6dp pic.twitter.com/F12GtD5BQ9

Nikki Newman (Melody Thomas Scott) once again walks in to find Victor and Victoria in a yelling match. She has dealt with this enough and warned them before that they need to stick together as a family, not be ripping each other apart. Nikki tries to take matters into her own hands and mediates between the two. However, Nikki’s attempt to create peace or civility backfires. Things go from bad to worse.

Eventually, Victoria storms out. After she leaves, Victor meets with Ashland and a turn of events will give him the upper hand. How will Victoria deal with this when she finds out what has happened? We will have to keep watching the CBS soap to see how this story develops.