The Young And The Restless (Y&R) Spoilers: Is Ashland Having A Heart Attack Or Did Someone Poison Him? 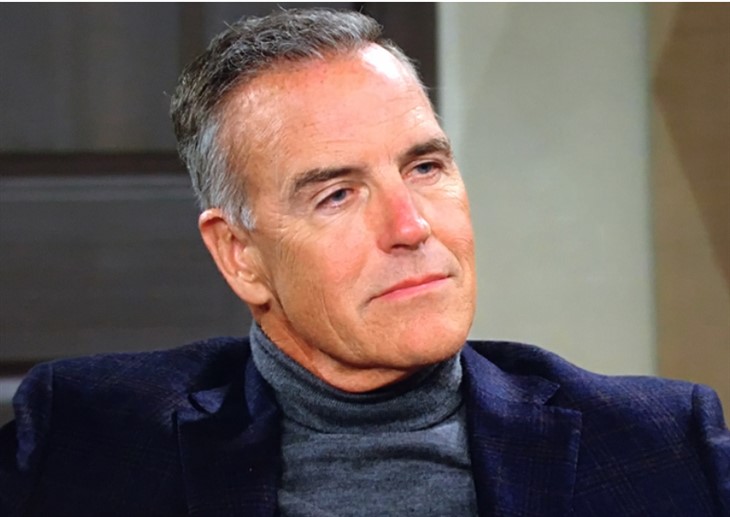 Viewers of The Young and The Restless will recall that after sealing the deal with Victor and Adam Newman (Mark Grossman) for the sale of Cyaxeres Media, Ashland backed out after hearing the bad publicity about Adam. Adam had been considered a person of interest in the poisoning by thallium of Rey Rosales (Jordi Vilasuso) and came to Newman Ranch to hide out after Sharon Rosales (Sharon Case) gave Rey the address of the house by the lake. By the time Rey got there he was gone and he suspected Sharon of warning him.

Viewers of The Young and The Restless will also recall Locke then came to Genoa City and flipped a coin to declare Victoria Newman (Amelia Heinle) the new owner of Cyaxeres, in a competition with her ex-husband and the father of her children, Billy Abbott (Jason Thompson). Now, Locke is in the living room at the Newman Ranch where Victor is again facing off with Locke over the sale of Cyaxeres, and Locke tells him the deal is off, that Cyaxeres is off the market, presumably because he sold it to Victoria. He bends over and drinks a glass of liquor, and as Victor looks at him stone faced, he immediately stands up clutching his chest in pain and then falls back down on the couch! Victor looks like he wonders if Locke is faking and making a play for his sympathy! Could there have been poison in that liquor?

The Young And The Restless (Y&R) Spoilers: Is Chance Coming Back – Abby Hopes For Husband’s Return #YR #youngandrestlesshttps://t.co/ay4A6GH3CD

Y&R Spoilers – Who Might Have Put Poison In The Liquor?

Of course, it is always possible that Locke isn’t used to the liquor that Victor gave him, and it is also possible that Victor spiked it with hot sauce or something to get his attention! Longtime viewers of The Young and The Restless know that “The Mustache” has been known to try some pretty unique tactics to get his way in a business deal, and many times in his personal life as well! However, with his son Adam hiding out somewhere on the ranch Victor is not likely to do anything that Adam could be suspected of, and as viewers of The Young and The Restless know, Adam would be the prime suspect. Adam is always the prime suspect, even if he has nothing to do with a given situation, because his half-siblings hate him and it has just always been that way!

Adam himself is in enough trouble the way it is, so Adam would not have likely snuck poison into Ashland’s glass either. Could someone be targeting Victor? Viewers will notice in The Young and The Restless preview video that Victor does not have a glass in his hand nor is there one seen anywhere close-could there be poison in the liquor bottle or the liquor decanter it came from? Again, Adam would not have done it with all the other trouble he’s in and that leaves a narrow list of suspects should there be poison in either the liquor decanter, bottle, or Ashland Locke’s glass he drank from!

Days Of Our Lives (DOOL) Spoilers: Desperate Paulina Turns To Lani For Help With Her Wayward Daughter