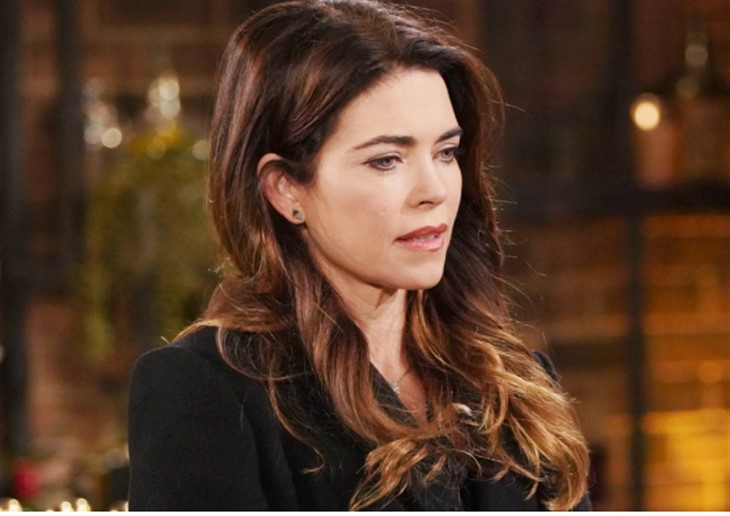 The Young and the Restless (Y&R) spoilers document that Victoria Newman (Amelia Heinle) won the second chance Cyaxares bid. Time will tell if she keeps that prize. But even if she doesn’t, her veiled goal of getting Billy Abbott (Jason Thompson) back continues.

The flowers Billy sends to Victoria are purely intended as a congratulations acknowledgment of the media business deal. Lily Winters (Christel Khalil) doesn’t see it that way, which furthers Victoria’s efforts to push BiLily out of existence.

The Young And The Restless Spoilers – Lily Winters Has Potential

Lily is more than just a distraction or a replacement for Victoria. She and Billy dated when they were young, but their history didn’t produce anything of significance.

The modern times pairing works because of the place both people are at this point in their lives. Lily is a few years removed from Lane, in soap time. Billy believes he’s moved past Villy, which seems to be true.

Khalil’s character isn’t on the rebound, but Lily might represent an anti-Victoria ideal in his mind. However, more plot time needs to pass, with Lily certainly having the potential to solidify as his next soul mate.

Victoria genuinely believes that Billy will return to her eventually. She has to think that in order to remain centered and to feel as though the future isn’t uncertain.

For as much as Billy folded back into Victoria on countless occasions, so too did Heinle’s character always reaffirm that Thompson’s alter ego is her eternal love. That’s why Victoria’s tells to Lily weren’t just psychological threats.

The pattern of Billy and or Victoria returning to each other implies that it can happen again. But the future is never guaranteed, which is what Billy and Lily believe.

The Young And The Restless Spoilers: Sally Flawed But Hot – Will Jack Ignore Character For Love? #YR #YoungandRestlesshttps://t.co/QOw6K8LKqw

Billy has fallen in love with Lily, which Victoria recognizes. Hardcore fans can see that Billy has sustained a long period of stability, which is directly tied to his relationship with Lily. So, it’s possible that he will stick with her.

But some soapy love stories are forever. So, the idea of the next Villy reunion isn’t far-fetched.

Fans will need to see ongoing progress, meaning that an engagement should follow sometime this year. Marriage would need to result before Villy fans would begin to consider that their favorite couple isn’t reuniting any time soon. If that doesn’t happen, then anything is possible.