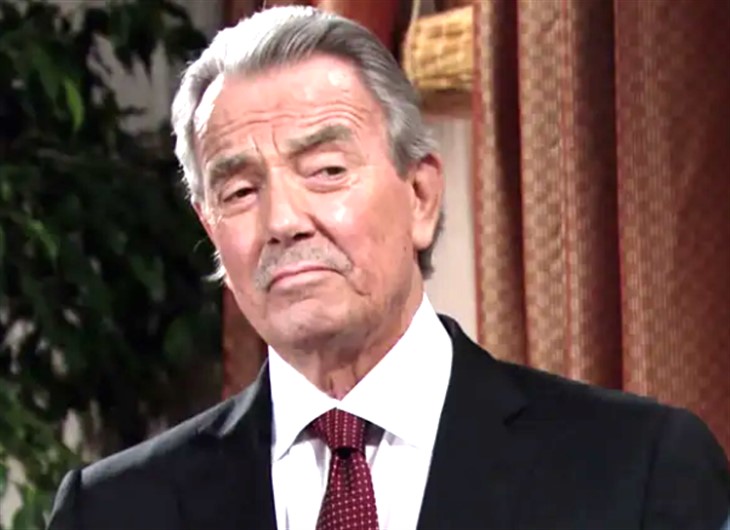 The Young and the Restless (Y&R) spoilers reveal that Victor Newman (Eric Braeden) confronts Chelsea Lawson (Melissa Claire Egan). He pays her a little visit and demands that she drop the act. Of course, she isn’t going to give up that easily. However, Victor isn’t one to mess around with. It is teased that it’s a game of cat and mouse, but will she end up cracking and confessing?

The Young And The Restless Spoilers -Framing Adam Newman

Y&R spoilers reveal that Chelsea is determined to make Adam Newman (Mark Grossman) suffer. So far, her plan is working. Everyone seemingly believes her lack of progress after the stroke. Plus, she is responsible for Rey Rosales’ (Jordi Vilasuso) poisoning. Chelsea has successfully made it appear that Adam is guilty and now he’s laying low with a warrant out for his arrest.

Adam has asked Sharon Rosales (Sharon Case) for her help with Chelsea. We know that Sharon warns Rey about the schemer. He does go interrogate Chelsea, but it doesn’t sound like he gets very far.

In the new issue of Soap Opera Digest, it is confirmed that Victor visits Chelsea. Now that there are no nurses or other medical staff at the house, Chelsea is free to stand, walk, and talk. The only exception is when someone comes around for a visit, which Victor does. He asks Chloe Mitchell (Elizabeth Hendrickson) to give him some privacy with Chelsea. Then, he demands that she “drop the act.”

The Young And The Restless Spoilers -Chelsea Lawson Acts Innocent

The Young and the Restless spoilers reveal that Chelsea isn’t one to easily give up. This is no exception and she keeps pretending. Victor goes on to say that he knows Chelsea framed Adam for poisoning Rey. However, Chelsea sits frozen in her wheelchair pretending that she still can’t walk and is struggling to speak.

Y&R Spoilers – Will She Crack And Confess?

Actress Melissa Claire Egan told the magazine that Victor and Chelsea end up playing a game of cat and mouse. She teased that it becomes a matter of who will crack first. As fans know, Victor never loses and he’s not going to allow Chelsea to get away with this. He has his ways and Chelsea will end up being exposed. It’s not a matter of if, but how and when.

What do you think is going to happen with Victor and Chelsea? How will the patriarch get the schemer to confess? Or will she actually end up getting caught by making a mistake? We will have to keep watching the CBS soap to see how this story develops over the next few weeks.