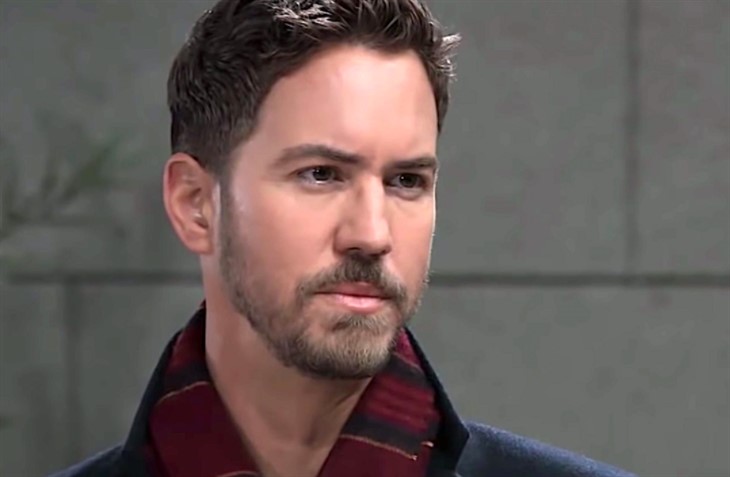 Anna (Finola Hughes) may have gotten Peter (Wes Ramsey) with a taser, but that doesn’t mean he would stay down and out for long. While Peter laid on her floor, Anna did her best to convince him that he doesn’t love Maxie (Kirsten Storms), he’s just obsessed with her.

But Peter has never been in his right mind and believes he is capable of love. Even tied up in the basement, Peter continues to taunt Anna’s mind. Too bad she took the tape off his mouth.

As Peter threatens that someone she loves will die, we know he thinks he poisoned Finn, but General Hospital spoilers show that it’s Chase (Josh Swickard) who is suffering. As he suffers through a fever and chills, he also becomes more and more delusional imagining Willow (Katelyn MacMullen) there, but Willow is definitely not there.

Instead, she is back at the gatehouse with Wiley after what they consider to be quite the sexy night. Michael (Chad Duell) thinks he hit the lottery with Willow and is shocked when she asks if he and Wiley might want to move in with her. Yes, in the house that doesn’t belong to her that Michael lets her live in.

Meanwhile, living in the Q mansion doesn’t sit well with Brook Lynn (Amanda Setton) and her fake pregnancy. Olivia (Lisa LoCicero) is a mother hen and she is determined to make sure that Brook is the healthiest pregnant woman ever.

In fact, her stepmother’s most overbearing ways look to put Brook Lynn over the edge. Will Olivia begin to suspect something isn’t on the up and up here?

Jordan (Vinessa Antoine) is one heartbroken woman now that Curtis (Donnell Turner) says he wants a divorce but things go from bad to worse for the police commissioner when she runs into Portia (Brook Kerr).

The good doctor has been looking to make her move on Curtis for weeks but will Jordan call her out before she has a chance to do so? Stay tuned to General Hospital to find out if these two can call a truce — or become mortal enemies over a man.