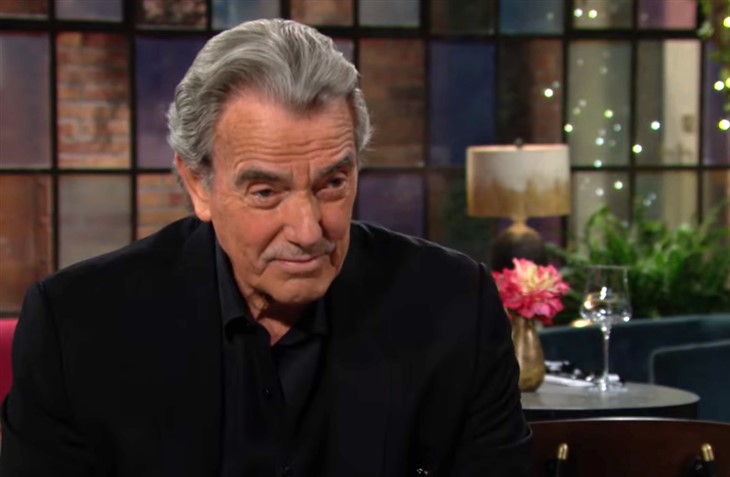 Billy Abbott (Jason Thompson) goaded Ashland into breaking his agreement with the Moustache and his suspect son. That leads to a second pitch session, where Billy and Victoria Newman (Amelia Heinle) vie for Cyaxares once again.

The quickly developing, linked plots draw many Genoa City, Wisconsin, personalities into the fray. As has often been true through the decades, Braeden’s leading character has a number of pathways to victory even if Victor initially appears to lose.

The Young And The Restless Spoilers – Ashland Locke Is A Mystery

A side storyline is developing that winks at a potential outcome. It would surely be soapy to believe that Ashland killed Amanda Sinclair’s (Mishael Morgan) father, Richard Nealon (no actor known to be cast for this role).

The above is a major leap, yet certainly plausible. Burgi is a new to the cast and could prove to be a short-term, recurring character.

Tagging Ashland as Richard’s killer would make sense, as it would allow for a convenient write-out. That would also allow Amanda to clear her grandfather’s (Sutton Ames, as played by Jack Landron) name.

Amanda learned that Richard was connected to Newman Enterprises many years ago. That opens the door to her questioning Victor, who doesn’t like the implication that he or the company he founded did anything wrong.

Time will tell if Naya has been totally forthcoming about her fond feelings for Richard. Future episodes will also demonstrate if Sutton felt he was defending his then developing political career by having Richard rubbed out or if he truly had nothing to do with that man’s death.

The Young And The Restless Spoilers – Victor Newman Wins By Losing?

So, Victor won’t like Ashland nixing the Cyaxares deal. But if Ashland makes Newman Enterprises his second choice pick, then Victor wins anyway.

But Victor can still win even if Billy and Lily Winters (Christel Khalil) buy the media company. That happens if Ashland is revealed as the killer while he’s sitting on Chance Com’s Board of Directors.