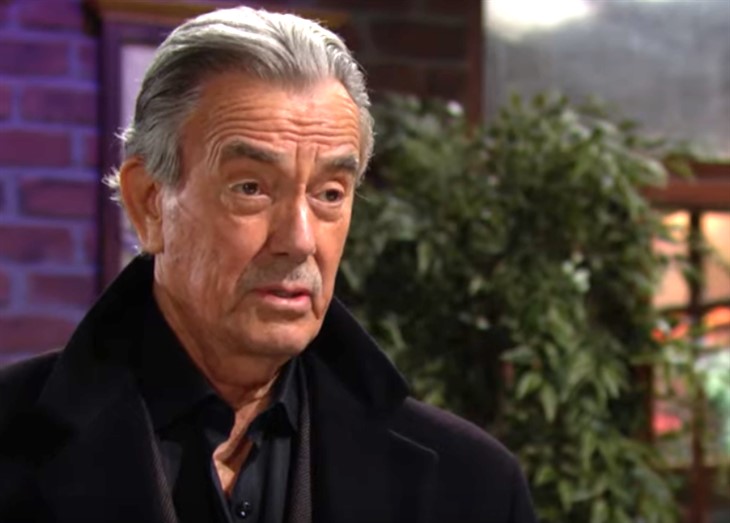 The Young And The Restless Spoilers – Might Victor Newman Offer To Let Adam Newman Run Newman Media On His Own?

Viewers of The Young and The Restless know that as of right now, Victor and Adam are running Newman Media on their own. This was the Cyaxeres Media company that Victor forced Ashland Locke (Richard Burgi) to sign off on the sale of after he attempted to renege on their deal. Viewers of The Young and The Restless will remember that even as Ashland was clutching his chest, Victor forced the signature from his hand. No one ups and dies without signing off on a deal with The Mustache! So what kind of offer could Victor make Adam that he would not be able to refuse? One possibility might be for Victor to sign off on Adam running the new media company himself, even though they started out as partners.

This would be a very significant gesture on Victor’s part that he is ready to fully trust Adam. Longtime viewers of The Young and The Restless will recall that Adam has had much to atone for, to make amends for, and to prove to the Newmans, as well as certain others in Genoa City that he can be trusted. Adam has worked hard on his redemption, but now with not only Victor but his half-brother Nick Newman’s (Joshua Morrow) getting on board with giving Adam the chance that he obviously has proven he deserves to prove himself, Adam has come a long way. Adam has admitted and asked forgiveness for past acts where he was way off base, and has realized that he was wrong. That is a huge step!

Viewers of The Young and The Restless know that even though Chelsea Lawson (Melissa Claire Egan) framed Adam for poisoning Detective Rey Rosales, (Jordi Vilasuso) Adam still loves her. She is, after all, the mother of his son Connor Newman (Judah Mackey). True, as viewers of The Young and The Restless will recall, Victor did help Chelsea fake a breakdown so she would be put in a psych ward instead of prison. However, viewers will also note that not everything about Chelsea’s fake breakdown appears to be fake – she is exhibiting quite a bit of paranoia, even having nightmares of Victor and Adam harassing and even to a certain extent, persecuting her.

It is doubtful that the psychiatrist that Victor hired would allow her to be given any drugs other than perhaps sedatives to help Chelsea sleep that could have these types of side effects in a sane person. Adam would definitely not turn down any offers of help from Victor that would help Chelsea to get well, and to help him raise his young son Connor if it became necessary. Adam and Victor both know that Chelsea may be ill for a long time, and they cannot postpone telling Connor about his mother’s illness forever. That will be a difficult conversation, indeed.