The Young And The Restless (Y&R) Spoilers: Is Chelsea Plotting Again – Kyle Celebrates 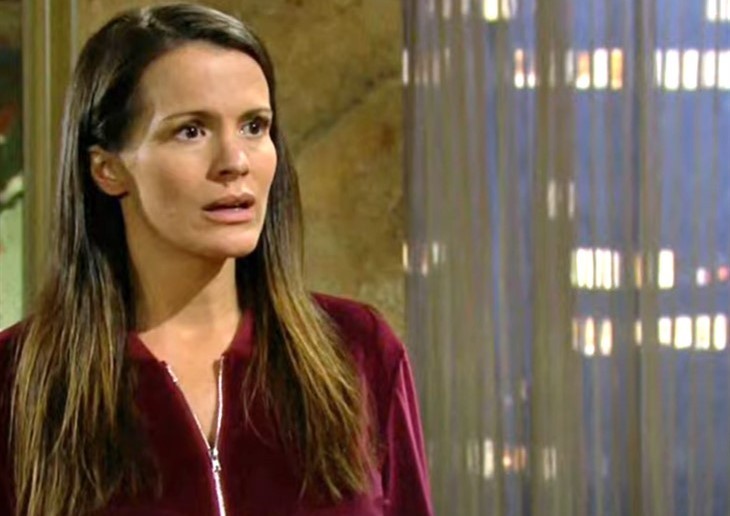 The Young and the Restless (Y&R) spoilers for Tuesday, June 22, 2021, reveal in Genoa City, Wisconsin Chelsea still torn about what she wants from her life — now that she essentially has no life.

The Young And The Restless Spoilers – What’s In Chelsea Newman’s Head Now?

Chelsea (Melissa Claire Egan) hasn’t had a very good year. She started it by having a stroke and being paralyzed, then her revenge-minded head told her to fake being paranoid and screw with Adam’s (Mark Grossman) life by trying to kill Rey (Jordi Vilasuso). Now, thanks to trying to kill Rey, she is wasting away in a mental health facility and it was all Victor Newman’s (Eric Braeden) idea.

Maybe Victor had the right thing in mind because now Chelsea’s mind is conjuring up things in her sleep. She dreams of Adam and all they shared together, but of course, that dream turns into one heck of a nightmare because Chelsea will never stop believing it was Sharon (Sharon Case) who Adam has always wanted, even when he was professing his love for her.

Now that Kyle (Michael Mealor) is a dad, Jack (Peter Bergman) wants them to become closer and share all these experiences together. So, it’s time to celebrate Father’s Day with Harrison. If they were nice, they’d include poor, drying Ashland (Richard Burgi) since that’s the man Harrison has always thought of as a father until now. Heck, they could also invite Keemo, Jack’s other son who he seems to have forgotten about.

So what if their first affair resulted in Nate (Sean Dominic) almost losing his ability to move his hand, which nearly sent his career into ruin. And so what if when they tried again Elena (Brytni Sarpy) called out Devon’s (Bryton James) name. Nate and Elena decide to give this toxic relationship one more try.

It’s Nate doing the wooing after Elena tested the waters last week and he has a surprise for Elena. Is it possible that these two can actually be happy together or will Imani (Leigh-Ann Rose) manage to get in the way of this love story? Stay tuned to The Young and the Restless weekdays to see how these stories play out.