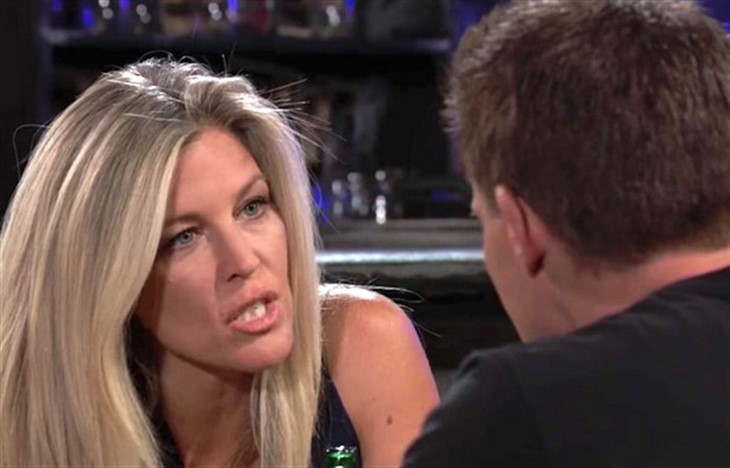 General Hospital (GH) spoilers say that while there was never a doubt in anyone’s minds that Carly Cortinhos (Laura Wright) and Jason Morgan (Steve Burton) were always close and they were always the best of friends too, no one knew that their relationship would have to come to this. Read on for all of the latest spoilers.

According to the latest edition of Soap Opera Digest, Jason and Carly are navigating their new reality as two co-heads of the Corinthos organization. Of course, they are doing this in order to fend off the Novaks. Wondering about their future, both Jason and Carly ponder what they might need to do in order to solidify their partnership.

For Jason, seeing Carly take such an active role in the organization is certainly new territory for him, too. However, the shocking strategy that the two of them come up with together sends a message of unity to the Novaks and the other families. That, and it will also have lasting implications on their relationship and it will certainly complicate things for Jason and Britt Westbourne (Kelly Theibaud) too, especially as their relationship was about to take steam, too.

Speaking to publication in a new interview, General Hospital co-head writer Chris Van Etten puts it this way, “Jason is on the cusp of exploring a new relationship with Britt, but the real world consequences of this association with the Corinthos organization will bring this nascent relationship to a crossroads.”

General Hospital Spoilers – What Will Jason Morgan Do?

In other words, Jason is going to have to choose between two women in his life, but the only difference this time around is that neither one of them is Sam McCall (Kelly Monaco). Stay tuned!