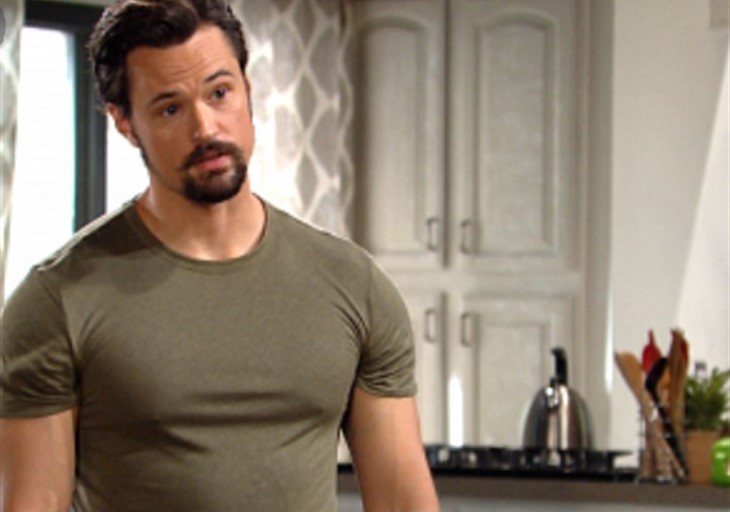 The Bold and the Beautiful (B&B) spoilers document that in Los Angeles Thomas Forrester (Matthew Atkinson) has truly turned a corner, but not like Liam Spencer (Scott Clifton) has. Instead of Thomas continuing to hold the bad guy title, Liam has been forced into that unwanted role.

Lies, betrayal, manipulation. Those negative nouns were often associated with Thomas since he returned from New York with his son, Douglas Forrester (Henry Samiri) in 2019. But as of April 2021, Liam is the villain on B&B.

Meanwhile, Hope Spencer (Annika Noelle) just started to believe that all was not over with Liam. That assessment doesn’t include knowledge of an accident that ended one life and will affect many others.

The Bold And The Beautiful Spoilers – Hope Spencer In The Middle

Hope is in the middle of both men, like she’s been for the past few years. Yes, Thomas has backed off and is in control of himself.

However, Liam’s latest mistake will be exposed. With that Thomas will have the strongest opportunity to replace him in Hope’s life.

Atkinson’s character has been behaving in a respectful manner toward Lope. Hope will surely notice if he’s able to maintain that composure as Liam’s terrible secret is exposed and surely come to respect Thomas even more than she does now.

Bold And The Beautiful Spoilers – Vincent Walker Was Blocked

Thomas told Hope that he blocked Vincent Walker (Joe LoCicero). That came after Thomas and John Finnegan (Tanner Novlan) verbally and physically confronted the technician at the hospital lab where he worked.

Vinny’s subsequent arrest was followed by news that he was out on bail. Then, LoCicero’s alter ego suddenly appeared on that dark road and Liam ran into him with Bill Spencer’s (Don Diamont) sports car.

So, Thomas concluded that Vinny wasn’t a friend just prior to when his childhood pal was killed. That will impact Thomas’ reaction to Liam’s actions to an unpredictable degree.

The Bold And The Beautiful Spoilers – Liam Spencer Needs A Break

Bill believes that there were no cameras on the road where Vinny was hit. It appeared as though no witnesses saw what happened either.

Diamont’s character also got rid of the incident car. He served as Liam’s self-appointed fixer.

But Finn’s identification of the dead man furthers Liam’s unlucky streak. Clifton’s character needs a break to avoid assumed doom. Yet, Thomas could potentially serve as his most unlikely ally, unless, of course, he reverts to being his nemesis.