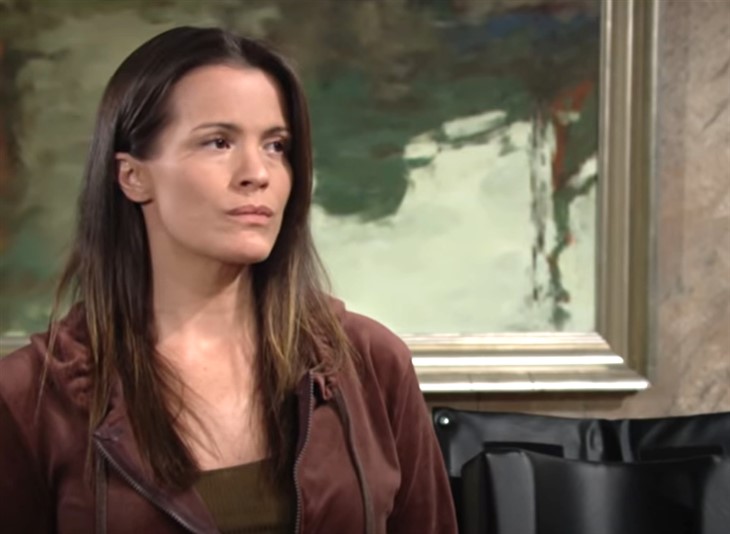 The Young and the Restless (Y&R) spoilers document that in Genoa City, Wisconsin Chelsea Lawson (Melissa Claire Egan) is off her game. If she was on it Chloe Mitchell (Elizabeth Hendrickson) wouldn’t have needed to tell her that Adam Newman (Mark Grossman) has likely realized that Egan’s character framed him. Chelsea also wouldn’t have needed to be told that Adam will soon be coming for both of them.

Intriguingly, Adam was unaware of Chelsea’s recent maneuvers until he accidentally saw her stretching in the wheelchair. His arrogance, like Chelsea’s, caused him to take Chadam’s existence for granted. Whether this couple can survive, or should, is another consideration that both halves of the duo need to make.

The Young And The Restless Spoilers – Sharon Rosales Lit The Flame

Sharon Rosales (Sharon Case) totally rationalized Adam’s request that she provide counseling sessions to Chelsea. Mrs. Rosales knew that Chelsea would be irked by that scenario, but chose to meet with her anyway.

Chelsea was suspicious of Adam’s hound dog ways. She rightly believed that her incapacitated state would enable his impulsive behavior, which was confirmed through the Society kiss photo that was smeared across the internet.

Ironically, Adam’s plan worked, as Chelsea did push herself to recover. But her unstable state of mind created a criminal mistake. Now, Sharon has been tasked by Adam with proving that plot point.

Yes, Chelsea does have Chloe on her side at the moment. But Sharon and Victor Newman (Eric Braeden) don’t trust Chelsea, which isn’t good.

Nick Newman (Joshua Morrow) was a Chelsea fan, but won’t be if he confirms that she’s been hiding the extent of her recovery. He also knows that Adam saved Faith Newman’s (as now played by Reylynn Caster) life, which incredibly makes Nick obligated, on that specific topic, to consider Adam’s one good side.

Adam has often needed to conceal his location. The cabin explosion in 2016 caused him to assume a false identity. But Spider has long since been replaced by his true self.

Clearing his name is something that can happen if blame is shifted to Chelsea. However, Adam knows that Egan’s character is aware of a variety of other damaging secrets. Plus, she’s Connor Newman’s (Judah Mackey) mother. So, Adam’s fate and Chelsea’s, along with the Chadam’s future, isn’t certain on Y&R.