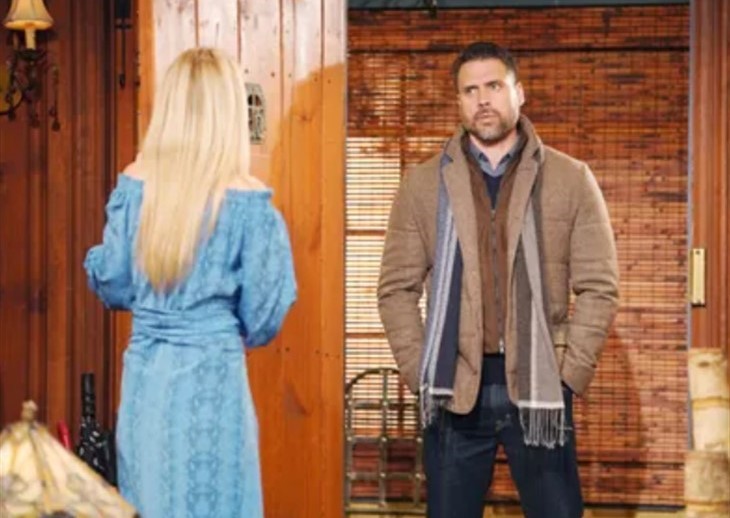 The Young and the Restless (Y&R) spoilers for Thursday, April 29, 2021, reveal the unexpected when Nick and Sharon hear the news that sends them reeling.

The Young and the Restless Spoilers – Keeping The Faith

Everything has seemed so much better with Faith (Reylynn Caster) since she came home from the hospital seemingly a brand-new person. She made a new friend in Moses (Dax Randall), got rid of her old, bullying friend, and was enjoying her favorite brownie at Crimson Lights when suddenly she collapsed on the floor.

Nate (Sean Dominic) is there to get her to the hospital and he and Elena (Brytni Sarpy) set out to find what’s wrong with the teen. Apparently, this incident has nothing to do with her truck accident a few weeks ago, but Faith isn’t leaving the hospital any time soon. Nate surprises Sharon (Sharon Case) and Nick (Joshua Morrow) when he tells them there is something very wrong with their daughter,

Kyle (Michael Mealor) has been having a rough time of it since Theo (Tyler Johnson) informed him that he had a son with Ashland Locke’s wife. He barely even seems to think about this son because he is more concerned with Ashland (Richard Burgi) finding out and enacting revenge.

But perhaps he has already done that while Kyle and others weren’t looking. Kyle begins to suspect it was Ashland behind all the recent troubles at Jabot and goes about proving it. But will his investigation land him in more trouble than it’s worth? He may even find himself having to spar with Victor Newman (Eric Braeden).

Jack (Peter Bergman) was falling for Sally (Courtney Hope), a woman so, so, so much younger than him who Summer (Hunter King) thought wanted Kyle. Because that’s the right age range and all. No matter. Jack then got mad at Sally when she learned she was trying to blackmail Kyle and that she had a sordid LA past. Still, Sally’s past is nothing compared to Smilin’ Jack’s past.

On Thursday, Sally tries to win Jack’s forgiveness. Will it work? Will Jack resume a romance with a woman his own son’s age? Stay tuned to The Young and the Restless weekdays to find out.