The Young And The Restless (Y&R) Spoilers: Sally’s Past Comes Creeping Back To Haunt Her 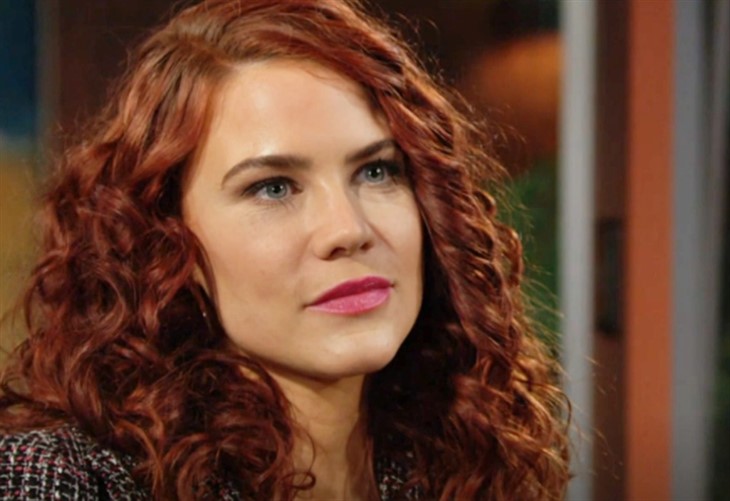 The Young and the Restless (Y&R) spoilers say that when Sally Spectra (Courtney Hope) ran away from the fictional town of Los Angeles that the Spencer, Forrester, and Logan legacy families live in, she thought she would be able to run away from her troubles, too. But boy did she have it all wrong. That’s because Sally’s past is about to creep up with her here in Genoa City, and in the worst way possible. Here’s what you need to know.

The Young and the Restless Executive Head Producer and Writer Josh Griffith teases what’s next for this sexy redhead and from what we can tell right now, she has a lot of explaining to do. That’s because basically everyone in Genoa City knows that Sally is the two-timing schemer with the shady past that she is. But hey, all of the fans that have seen her in action on The Bold and the Beautiful already knew that, right?

While Sally is trying to make things work with Jack Abbott (Peter Bergman), she is going to face some tough opposition from Kyle Abbott (Michael Mealor) and Summer Newman (Hunter King), who would love for nothing more than to see Sally jet out of their hometown already. If that weren’t enough, Summer is also dealing with the same old scenario with Kyle, too.

Sally’s world definitely implodes when her past sins come to light. Griffith puts it this way, “As she tries to seek Jack’s forgiveness, her vendetta with Summer and Kyle takes a dangerous turn, hitting their relationship where it hurts. The Lockes return to town to settle unfinished business in Genoa City. Jack and Phyllis will go on high alert and will have very different methods to protect their children. Nick worries that history will repeat itself and Summer will once again be hurt by Kyle’s indiscretion.”