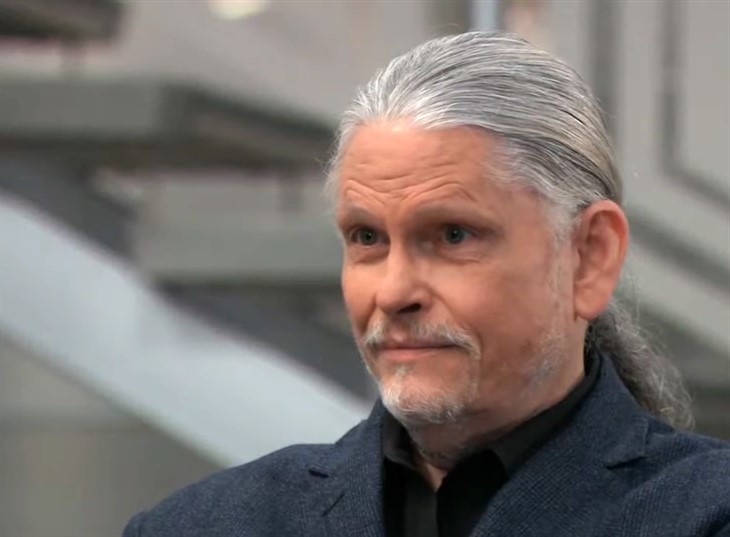 General Hospital (GH) spoilers for Thursday, April 29, 2021, reveal Cyrus lording over Port Charles and Carly trying to lord over Cyrus. It’s a turf war neither one of them could win.

Cyrus (Jeff Kober) is quite pleased with the deal he made with Nikolas (Marcus Coloma) that allowed him to know where his mother is once again. Now he feels like he has the upper hand over Carly (Laura Wright), something that does not sit well with Carly.

Ava (Maura West) and Nikolas are once again at odds with the deal he struck with Cyrus to ensure Alexis (Nancy Lee Grahn) remains safe during her stint in Pentonville. When Cyrus pays a visit to Ava, she’s both creeped out and intrigued when he tells her nothing with him is ever simple.

As for Alexis, when Nikolas pays her a visit she lets him know she’s onto him. She knows exactly why she’s being protected in prison.

GH Spoilers – Carly Corinthos Seems To Be Losing It

As for Carly, she still can’t believe she let Cyrus get the upper hand and learn where she was stashing Florence. When Laura (Genie Francis) pays a visit to discuss the mobster, Carly thinks Laura just let her know away where they can once again have the advantage. Carly also meets with Brick (Stephen A. Smith) because she has a job for him to do.

Perhaps Carly should pay more attention to Josslyn (Eden McCoy) as she seems to be plotting an escape from Port Charles. Whatever she is up to, it has her lying to Portia (Brook Kerr).

Laura also seems to be getting around on Wednesday as she has a talk with Scotty (Kin Shriner) and warns him about the time he is spending with Liesl Obrecht (Kathleen Gati).

When Sam (Kelly Monaco) brings Danny (Porter Fasullo) to visit Jason (Steve Burton) in the hospital, she can tell there’s more going on with his situation than meets the eye.

While she knows he wasn’t the one who killed Franco (Roger Howarth), she wants to know what he’s up to and asks if his little hospital stay is all part of a much larger plan. Will Jason tell her what he’s really doing? Stay tuned to General Hospital weekdays to see how these stories play out.