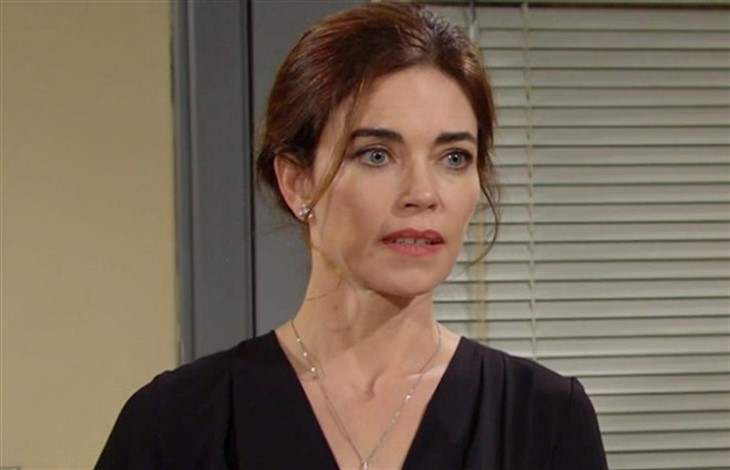 The Young and the Restless spoilers document that Victoria Newman (Amelia Heinle) is quickly becoming attached to Ashland Locke (Richard Burgi). Their mutual attraction exists for some intriguing reasons.

Ashland’s terminal cancer diagnosis could mean that Burgi is working on a short contract. If six months is the limit of the Lockeness Monster’s life, then a maudlin Christmas climax could play ahead.

If Victoriash, or Vashland for those who prefer a different mashed nickname, develops into a couple, then it’s reasonable to believe that Ashland could leave his manageable assets to Victoria. Doing so would create a brand new option for Heinle’s character moving forward.

Physical compatibility, single status, and a shared outlook on business? Yes, to all three.

Does Ashland see Victoria as a replacement for Tara Locke (Elizabeth Leiner) like Victoria sees Ashland as a stand-in for Billy Abbott (Jason Thompson)? Yes, in both instances.

Y&R matched a potentially tantalizing pair of characters in this storyline. Ashland’s specific personal and business situation makes him appealing to Victoria. Her place as Victor Newman’s (Eric Braeden) daughter and the head of Newman Enterprises makes Ashland smile.

Young And The Restless Spoilers – Break From Newman Enterprises Hold

Victor’s empire has always represented the open door for Victoria. She’s smart and driven. So, saying that she hasn’t earned the top spot at Newman is wrong.

However, there are many people with similar smarts and guts around the world. None of them are the Chief Executive Officer at Newman Enterprises. Victor specifically chose Victoria because she is the most well-suited and willing among his offspring.

If Ashland leaves his assets to Victoria, then she would sit on the Newman Media Board of Directors. Along with that jab at Victor and Adam Newman (Mark Grossman), Victoria would gain controlling interest of Ashland’s portfolio. All of the preceding would allow her to gain non-Newman power.

Young And The Restless Spoilers – Victoria Newman Needs Someone

Billy remains the love of Victoria’s life. If Ashland is dying, then he won’t have time to supplant Billy in Victoria’s heart to anywhere near the extent that Thompson’s character already occupies.

The circumstances for Victoria and Ashland are right. They aren’t romantically attached to anyone and have a deep love for business. The Lockeness Monster and the Ice Princess. There is the match that appears to be in the making on Y&R.

The Bold And The Beautiful Spoilers: Desperate Quinn Wants Paris To Stay Quiet – Will A Threat Come Next?