The Bold And The Beautiful (B&B) Spoilers: Justin Barber Goes To The Dark Side And Turns On Bill Spencer 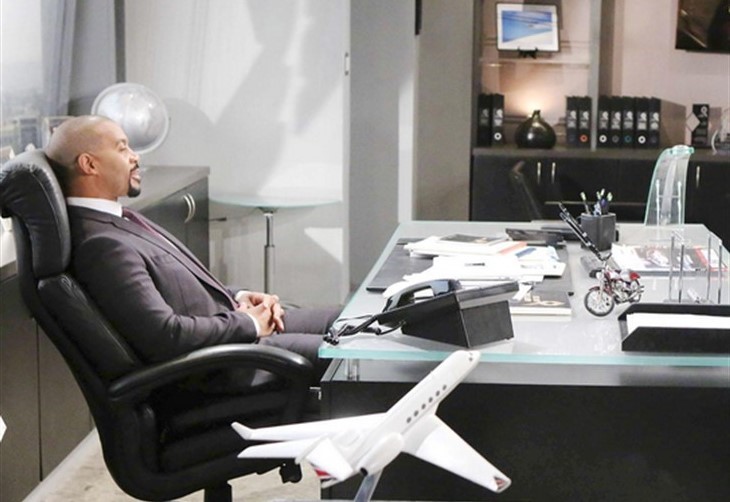 The Bold and the Beautiful (B&B) spoilers reveal that the unthinkable is about to happen, the bromance between Bill Spencer (Don Diamont) and faithful friend/lawyer Justin Barber (Aaron D. Spears) is about to explode!
What happens between these two alpha males that turns Bill into a raging bull? Believe it or not Justin hides evidence that could acquit Bill and his son Liam Spencer (Scott Clifton) who are currently cooling their jets in jail.

The Bold And The Beautiful Spoilers – What Does Bill Spencer Do Next?

When Justin finds out, he ignores it. What gives? Justin let it slip that he believes he, not Wyatt Spencer should be in charge of Spencer Publications while Bill is in jail. Is he drunk on power and willing to go rogue to keep it?
Explosive show spoilers reveal that Justin whacks Thomas and makes him disappear. Maybe a heartbroken Brooke Forrester (Katherine Kelly Lang) will launch a search party?

This keeps Thomas from divulging the truth to the police but this just doesn’t sound like level-headed Justin does it?

B&B Spoilers – What Has Gotten Into Justin Barber?

Bill is clueless about Justin’s duplicity. The one thing he is good at is railing at his lawyer to get him the heck out of stripes. Last week Bill ripped a hole in Justin demanding that he act faster and better to spring him and Liam Spencer (Scott Clifton) for the hit and run death of Vinny.

Bill also said Wyatt should be in charge, and Justin piped up that he was handling things. That executive decision didn’t go over so well with the once loyal friend and apparently he gets all kinds of shady behind Bill’s back.
What will Bill do when he discovers what Justin has done? Hell hath no fury like a Dollar Bill scorned!
The Bold and the Beautiful spoilers: What Happens Next in LA?

Because of Justin Bill and Liam will not walk when they should. This will frost Bill’s shorts and what he does to Justin could be u-g-l-y.

Will the show be on the other foot–will Bill put Justin in prison as payback? Or will he personally pilot his helicopter and throw Justin into ocean?