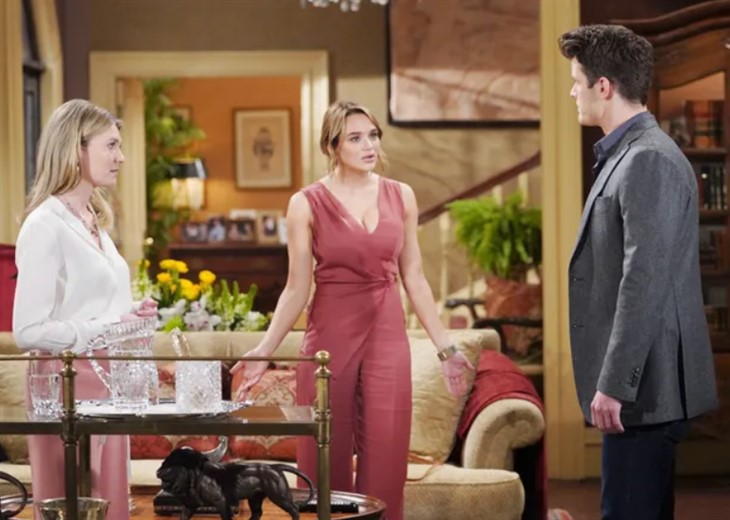 The Young and the Restless (Y&R) spoilers for Monday, June 28, 2021, in Genoa City, Wisconsin Sally and Summer both getting big surprises.

The Young And The Restless Spoilers – Does Summer Newman Have A Plan?

Summer (Hunter King) said a tearful goodbye to Kyle (Michael Mealor) and he was heartbroken, even willing to leave Harrison behind and go with her to Italy, but she couldn’t let that happen. She then told Lauren (Tracey E. Bregman) that she will have to leave her job. On Monday, she goes to Billy and asks him for a favor.

Does she want this investigative reporter (Billy’s new life calling, apparently) to do some digging and find out what he can about Tara Locke (Elizabeth Leiner)? We’re sure Billy will be happy to oblige. After all, he hates Victoria (Amelia Heinle) being with Ashland (Richard Burgi) so this gives him an excuse to go digging in the man’s life.

Y&R Spoilers – Will Sally Spectra Get Her Wish?

Meanwhile, Sally (Courtney Hope) spends Monday thrilled when she gets quite a shock. Does Lauren offer her Summer’s job? Probably, as this is exactly what she had planned and why she went to Eric Forrester (John McCook) for help in Los Angeles. She can’t believe her little plot worked. Nothing she has done in Genoa City so far has worked to her advantage in the long run so maybe she shouldn’t get too comfortable.

Summer is leaving and Kyle has a brand-new little boy to contend with and he is not happy. This is not how he planned things. To that end, he becomes combative and determined to fix his life. Will Jack (Peter Bergman) need to calm his son down and tell him some more of Jack’s own life experiences at Kyle’s age?

Or is Jack too late? Will Kyle confront an aging Ashland once again? He now thinks he has power over the man, but he also has no idea the man is dying, and confronting him over and over may not be a good idea. Maybe Kyle should just chill out and see what happens with Summer before losing his mind? Stay tuned to The Young and the Restless weekdays to see how these stories play out.