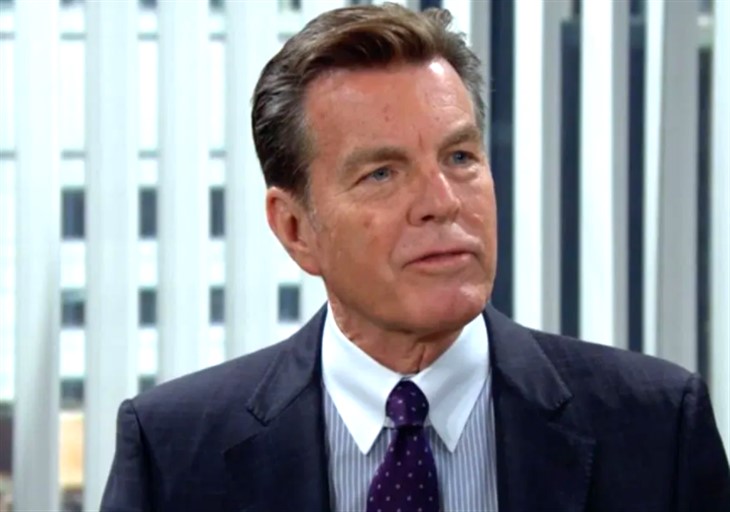 The Young and the Restless (Y&R) spoilers reveal that Jack Abbott (Peter Bergman) is going to give Kyle Abbott (Michael Mealor) a history lesson. We are thinking it has to do with Jack’s own history with feuding females. In fact, when Tara Locke (Elizabeth Leiner) and Summer Newman (Hunter King) have a rageful confrontation, Jack might sense what’s really going on.

The Young And The Restless Spoilers – Summer Newman’s Confrontation

Y&R spoilers reveal that Tara and Summer had a confrontation last week. As fans recall, Tara demanded that Summer take the job offer in Milan. If she doesn’t leave the country, then Kyle will never see his son again. However, there will be another confrontation during the week of June 21. This time, Summer is the one who has something to say to the woman trying to destroy her relationship.

While Summer has now seen Tara’s true colors, the manipulative divorcee is not going to let anyone else see them. At least, for the time being. She will play mind games with Kyle and try to make it seem as if Summer is losing control. If Summer doesn’t keep her cool and play her cards carefully, Tara will win. She will make Summer look like she is jealous and trying to divide Kyle and Harrison Locke (Keller Enriquez).

The Young and the Restless spoilers reveal that Jack gave Kyle some advice last week. He said that he needs to do everything he can to make sure things stay civil between Tara and Summer. This week, Kyle will realize just how important that is when the two women get into a war. He will be stuck in the middle and doesn’t know who to believe. Is Tara telling the truth about Summer’s jealous ranting? Or is Summer being honest about him not knowing the real Tara?

It is confirmed that Jack will give Kyle a history lesson. It is probably about Jack’s own difficulty with the warring women in his past. It seems that history really is repeating itself. In fact, we have to wonder if Jack’s experience dealing with this sort of situation will end up being Tara’s downfall. He seems to like both women, but he has known Summer longer. He adores her and knows how much she loves Kyle.

At the same time, he is being fooled by Tara’s innocent act. With that being said, schemers usually make a mistake somewhere down the line and we are betting that it won’t be Summer or Kyle that exposes the truth, but Jack Abbott.