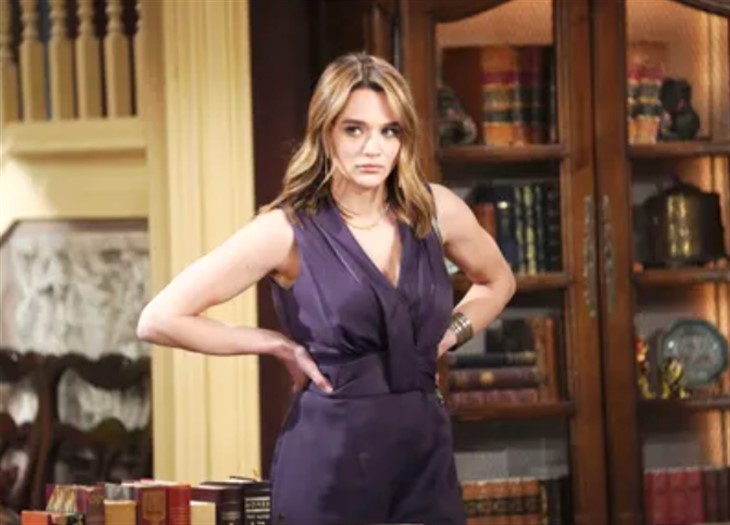 The Young and the Restless (Y&R) spoilers for Tuesday, June 8, 2021, reveal in Genoa City, Wisconsin Summer trying to be a good stepmother but will she turn into the evil one?

Now that she knows Kyle (Michael Mealor) has a child, Summer (Hunter King) just wants one of her own so she doesn’t have to compete with Tara (Elizabeth Leiner). Kyle realizes that’s why Summer is so ready for a baby and tries to steer her on a different path, so she decides, for now, she can just be a fantastic stepmother.

To that end, she spends some time with Harrison and tries to get to know him. The little boy has been through a lot over the last week learning he has two daddies. Will Summer as his soon-to-be stepmother just confuse him more? Or how will Tara react to know Kyle’s fiance is with her son? For that matter, Ashland might not be pleased either.

Victor (Eric Braeden) finally has his fondest wish. He and Adam (Mark Grossman) are closer than ever and Adam finally wants to work for Newman Enterprises. However, they are quickly at a crossroads on Tuesday when they disagree on how to handle the acquisition of Ashland’s (Richard Burgi) communications company.

Is it already downhill for the Newman father and son. Adam has been determined to turn over a new leaf and become a different person, but perhaps he would be the best branching out on his own if it causes issues between him and Victor. What would Victoria (Amelia Heinle) and Nick (Joshua Morrow) have to say about all this?

The Young And The Restless Spoilers –  Amanda Sinclair Is Stunned

Amanda (Mishael Morgan) can’t believe her ears when she meets a private investigator who worked for a man who once tried to find his daughters who were given up at birth. Now, one of the foster families wants to find the girl to tell her that her father loved her. Amanda knows she is that girl but she is too emotionally overcome to tell the private investigator. However, she does turn to Devon (Bryton James) for support when memories start to overwhelm her. Stay tuned to The Young and the Restless weekdays to see how these stories play out.