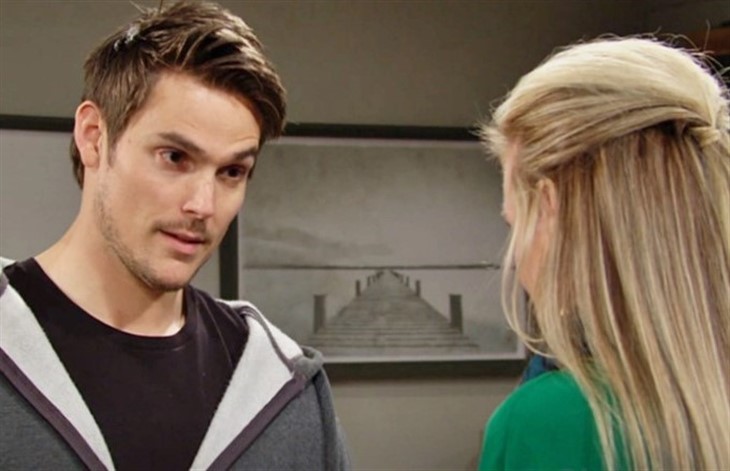 The Young and the Restless (Y&R) spoilers say Sharon Newman (Sharon Case) is left stunned when Adam Newman (Mark Grossman) unexpectedly sends her a text message asking her to meet at the place where he is hiding out. And while Sharon knows better than to go see him, she does. If there’s one thing she feels compelled to do, it’s thank him for saving her daughter Faith Newman’s (Alyvia Alyn Lind) life. Read on for all of the latest spoilers.

The Young And The Restless Spoilers – Sharon Newman Meets With Adam Newman – Did Chelsea Newman Set Him Up?

Speaking to the latest edition of Soap Opera Digest, Sharon Case, who plays Sharon Newman on the hit CBS soap, knows that she needs to keep her distance from her wayward ex, but at the same time she can’t help but feel emotionally drawn to him, especially after he risked his own life to save Faith.

Sharon puts it this way, “Sharon and even Nick knows that Faith would not be alive if Adam had not pulled her out of the truck she crashed on the Newman ranch and taken her to the hospital, so Sharon feels compelled to meet with him.”

The Young and the Restless spoilers say that while Sharon is definitely feeling things between them, at the same time she puts him on notice. That’s because there’s the possibility that Adam might have poisoned Rey Rosales (Jordi Vilasuso), even though he believes that it was Chelsea Newman (Melissa Claire Egan) who might have set him up out of revenge.

The Young And The Restless Spoilers: Y&R Has Put Out A Casting Call For A Hunkalicious Leading Manhttps://t.co/wdSN5gk9x8

Sharon continues, “Adam has never trusted the law and doesn’t feel assured there would be a proper investigation to check that out, so he refuses to turn himself in like Sharon suggests. Someone poisoned Rey and he almost died, so if she starts to believe Adam, that maybe Chelsea is behind this, then Sharon will at least want to check that out.”