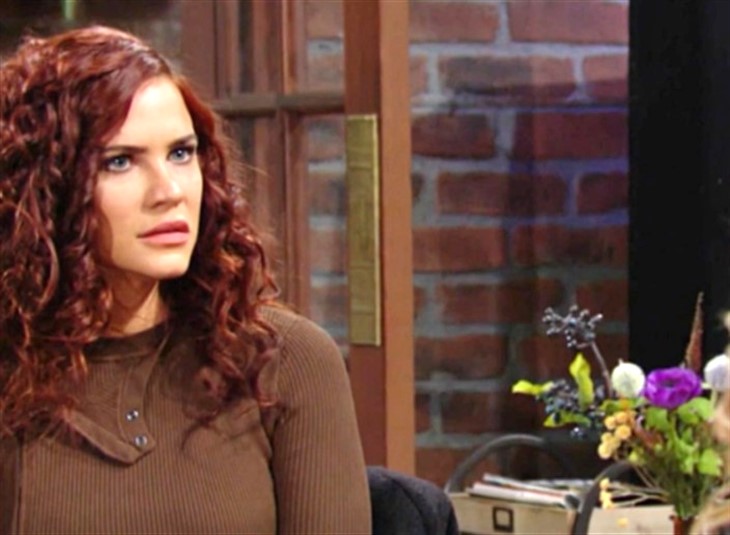 The Young and the Restless (Y&R) spoilers reveal that the head writer previously confirmed Sally Spectra (Courtney Hope) would take action against “Skyle.” It was stated her actions could destroy Kyle Abbott’s (Michael Mealor) and Summer Newman’s (Hunter King) relationship. Could Kyle and Tara Locke’s (Elizabeth Leiner) custody battle be part of that storyline?

The Young And The Restless Spoilers – Sally Spectra Targets ‘Skyle’

Y&R spoilers reveal that the head writer teased May Sweeps. It was stated that Sally would target Kyle and Summer’s relationship. It would cause a major issue and Summer would feel compelled to strike back. Even though some fans think we have seen that, but perhaps we haven’t. It didn’t create enough of a bomb for a May Sweeps storyline. However, what if Sally is responsible for Tara and Ashland Locke’s (Richard Burgi) custody battle, which will soon include Kyle?

Tara will return to Genoa City and explain to Kyle that Ashland kicked her out. She will also say that Ashland is threatening to take custody of their son, Harrison. Now, Ashland believes that Harrison is his biological child. However, he is wrong about that. Sally is a master schemer and remembers what she said a few weeks ago. That the only person she had was Jack Abbott (Peter Bergman). However, she made it a point to mention that both Summer and Phyllis Summers (Michelle Stafford) have people who love and support them. She brought up that Summer would soon find out how it felt.

So, could Sally have contacted Ashland and put something in motion that made him suddenly want a divorce, kick his wife to the curb, and petition the court for full custody?

The Young And The Restless Spoilers – Kyle Abbott Claims Son

The Young and the Restless spoilers reveal that Tara will tell Kyle that he needs to claim Harrison as his son. She might have lost Ashland but there is no way she can live through losing Harrison, as well. Of course, this is all happening at the time when Kyle is starting to regret his decision to let Harrison be raised by Ashland. So, the timing is ripe for a custody battle.

The Young And The Restless LEAK: Shocking Hot Couple Hookups Are On The Horizonhttps://t.co/RCry2akbvo

It’s interesting how the unexpected guest crashes Kyle and Summer’s engagement party. How Kyle’s entire world falls apart right at the moment he’s celebrating his upcoming marriage to Summer. It just seems all too perfect. And it seems very Sally Spectra-esque for those that remember her schemes on The Bold and the Beautiful. Sally knows that Summer is already jealous of Tara. The more time that Kyle and Tara spend together, even if it is for a custody battle, the more the exes will reconnect.

The Young And The Restless LEAK: Shocking Hot Couple Hookups Are On The Horizonhttps://t.co/RCry2akbvo

After the custody battle, co-parenting will just draw Kyle and Tara closer. Even if they don’t have another affair, it will bother Summer so much that the engagement could end simply due to her jealousy. What do you think of this theory? Could Sally be behind this entire thing?