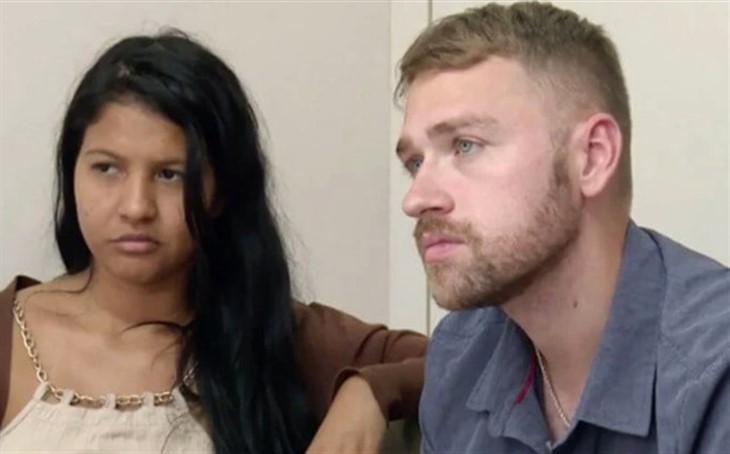 Paul and Karine Staehle are back and living in the United States, fans have been keeping up with their social media to find out how they are doing. However, they are now calling on 90 Day Fiancé stars to clean up what they call their “hoarder” house. This came after Paul shared a video to his Instagram Story about a can of crabmeat that burst and went bad.

After living close to her family in Brazil for six months, Paul and Karine Staehle are now back and living in the US. They moved with their two children and seem to have settled down. The couple seems to be getting along well despite their past explosive split and is now living in Kentucky. Karine has shared Instagram Stories about their new home and it isn’t the trailer they lived in before. Fans believe the family could be living in a basement of a detached house.

Paul also made a post to his Instagram Story, which has been shared by 90dayfiancefanatics2 and which gives a brief glimpse into their new home. In the video, Paul is holding a can of crabmeat which has obviously burst and gone bad. He had apparently ordered it from Walmart but didn’t realize it needed to be refrigerated. Paul shows the can to viewers, going on and on about how very bad it smells. When he shows it to Karine, she looks disgusted and places a cushion over her face to block the smell. He even wafts it close to his son, Pierre, who reacts to the smell. Paul has since deleted the video.

Instagram users were horrified at the state of the couple’s home. One person commented, writing, “Oh my God Paul stop saying how bad it smells and just get it out of the house.” However, besides getting irritated about how Paul kept going on about the smelly can, many viewers noted how messy their house was looking. They were quick to comment on the state of the home, which obviously has a lot of clutter in a small space. Fans noted that Pierre had spilled water on the couch, which already looks badly stained. Obviously, they felt this wasn’t a decent home for two small children.

One wrote, “Karine go tidy up that place .. your son is spilling water on the coach who’s checking upon him? Paul Karine is still ignoring you .. so hard to watch .. clean up this place !” The comments continued to flow, with another person asking, “Why isn’t [sic] she cleaning .. Lazy chick FR” and another writing, “Get off the couch and clean your house. So gross.”

Then the subject of hoarding came up with another person writing, “Next episode of Hoarders features Karine and Paul.”

TLC 90 Day Fiancé Spoilers – Why Did They Leave Brazil?

Many fans have asked Paul and Karine in the past why they returned to America, as they seemed to have such a good life in Brazil. The couple has yet to answer the question, but maybe they are hoping to feature on a 90 Day Fiancé spin-off, for which they would need to be stateside.

It can only be hoped that Paul and Karine see their shared video on the 90dayfiancefanatics2 Instagram page and take note of the comments. Those two little boys do deserve to live in a decent and clean home.