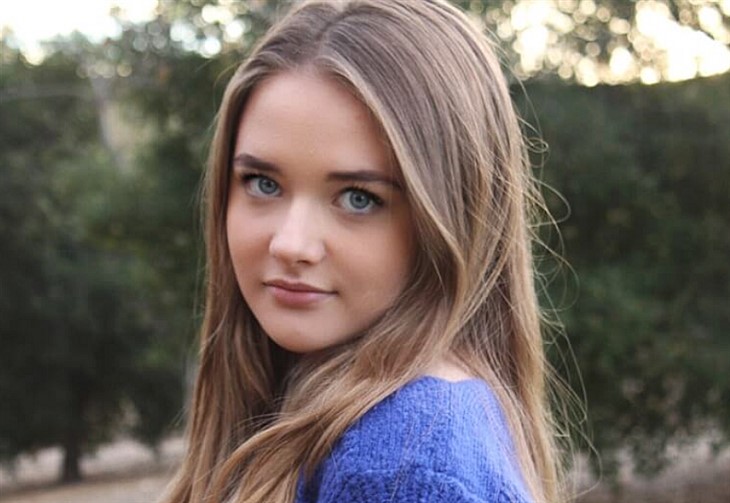 The Young and the Restless (Y&R) spoilers and comings and goings document that in Genoa City, Wisconsin Reylynn Caster’s (Faith Newman) addition to the cast means that this longtime role will continue and is also changing. Caster turned 18 in March. So, Faith is being slightly SORAS’d (soap opera rapid aging syndrome) from her mid to late teens.

The move comes during a period where Faith has crashed a vehicle she took from the Newman ranch while under the influence of alcohol and heavy emotion. The building storyline has actually served as Lind’s farewell, be it temporary or for good, and as a welcome for Caster.

Lind arguably ranks with Camryn Grimes (Mariah Copeland, but whose original, childhood role was as Cassie Newman) as the best child actor to ever appear on Y&R. Lind’s casting as Faith set the first SORAS in motion in 2011, as Sharon Newman (Sharon Case) and Nick Newman’s (Joshua Morrow) first child was born in the late 2000’s.

The Young And The Restless (Y&R) Spoilers: Kyle Comes Clean To Dad About His Affair, But Omits One Big Thing

Y&R fans saw Faith’s growth through the years. The scripts Lind was given allowed her talent to shine. She was recognized for her daytime efforts through a Young Entertainer nomination in 2016 and an Emmy nomination in 2017.

Lind has also garnered nominations and awards for her work outside of the soap world. Her role as the young Dolly Parton, in two of Parton’s memoir movies, were recognized as outstanding and allowed the actor’s talents to be seen by a wide audience. She also has a number of other acting credits.

It recently appeared as though Faith was making progress with some serious personal issues. She confronted the bullies who have been tormenting her, turning them into her school’s authorities, acknowledged that her experiments with drinking alcohol were a problem, and agreed to begin psychological counseling.

However, Faith’s assumed friend, Jordan (no last name known for this character who is portrayed by Madison Thompson), recently turned against her. Faith was devastated when learning that Jordan was pretending to be someone who she wasn’t. The realization that Thompson’s unstable character was purposely pretending to be a male classmate, via text, propelled Faith to grab a liquor bottle and set off in the aforementioned Newman vehicle.

The Young And The Restless (Y&R) Spoilers: Alyvia Alyn Lind Out In Shocking Recast #YR #YoungandRestlesshttps://t.co/IPq9vjuULg

Every actor switch, especially when a longtime cast member is replaced, is notable. Thankfully, Y&R opted not to kill off Faith, as her sister’s (Cassie) death in 2005 was devastating. The Cassie shocker also remains one of this show’s most controversial and questionable decisions.

So, Faith will survive the crash and recover. Advancing her age also means that more mature subject matter, as has been presented in recent months, will continue.

Soap Opera Spy is a leading source for everything linked to The Young and the Restless. Check back regularly for Y&R comings and goings, spoilers, and soap opera news!