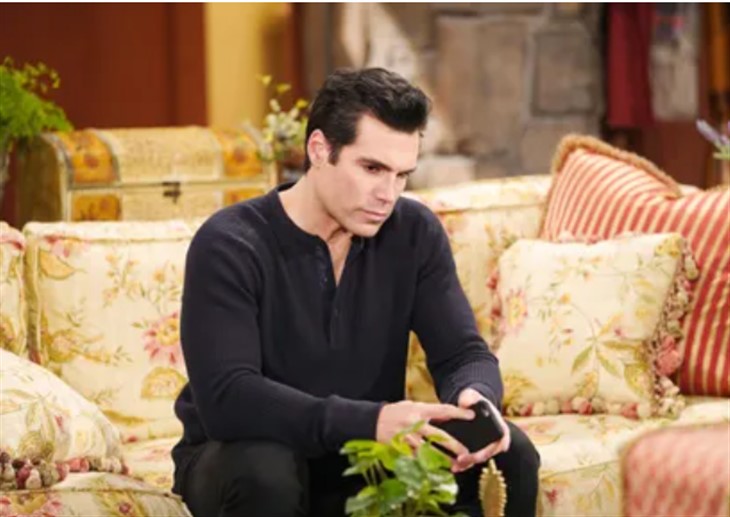 Rey wants Chelsea to claim that Connor Newman (Judah Mackey) is ill. The plan is presented to her as a way to draw Adam out of hiding. But the detective’s mind is creating a scenario where Chelsea’s true intentions will also be put to the test.

The Young And The Restless Spoilers – Audience Knows The Most

Chelsea made a major mistake in the recent past. She let her guard down after believing that Adam left the penthouse.

Grossman’s character was closing the front door when he happened to see her stretching in the wheelchair, which was positioned toward the kitchen rather than near to the fireplace where it normally is. That sight allowed Adam to learn Chelsea was merely pretending to be almost totally paralyzed.

The Young and the Restless audience knows more than Adam and Chelsea do about each other at this point in the plot. That collective wisdom is being projecting through Rey, who is leaving open every possibility in this case.

Chelsea believes that she’s nearing victory. In her mind Rey’s plan represents an opportunity for Adam to be caught, charged with attempted murder, imprisoned, and convicted. That’s not how a soul mate normally behaves.

Chloe Mitchell’s (Elizabeth Hendrickson) opt-out should have rattled Chelsea, but it didn’t. Egan’s Young and the Restless character is consumed with negativity, only some of which is justified.

Yes, Adam did have her abducted and he did kiss Sharon Rosales (Sharon Case) at Society. But if Chelsea didn’t have her stroke and suffer a period of confinement she would never be trying to deal with Adam in such a reckless manner.

The Young And The Restless (Y&R) Spoilers: Victor And Ashland Face Offhttps://t.co/phBu3IZSsj

The Young And The Restless Spoilers – Adam Newman Holds An Ace

No matter what happens in the short-term, Adam holds an ace. He’s innocent and Chelsea is guilty of poisoning Rey.

Adam’s tell to Victor, saying that Chelsea has suffered enough, indicates that she might have a path to freedom. Adam’s challenged will be to prove his innocence, restrain himself from biting back at Chelsea and also to protect the woman who is Connor’s mother.

Y&R recaps and spoilers show Chelsea has suffered the most through all that’s happened. So, Rey’s plan could actually help her get back on course, even if Chadam fails.

Soap Opera Spy is a leading source for everything linked to The Young and the Restless. Check back regularly for Y&R spoilers, updates, and soap opera news!